Celebrating the Class of 2020

The Office of the Dean of the Chapel is honored to commemorate the service-oriented and professional achievements of the graduating class of 2020. Check out submissions from faculty, staff and students highlighting the experiences and successes of undergraduate and graduate students. Follow the campaign using the hashtags #HowardUChapelCelebratesSeniors #HowardUniversity 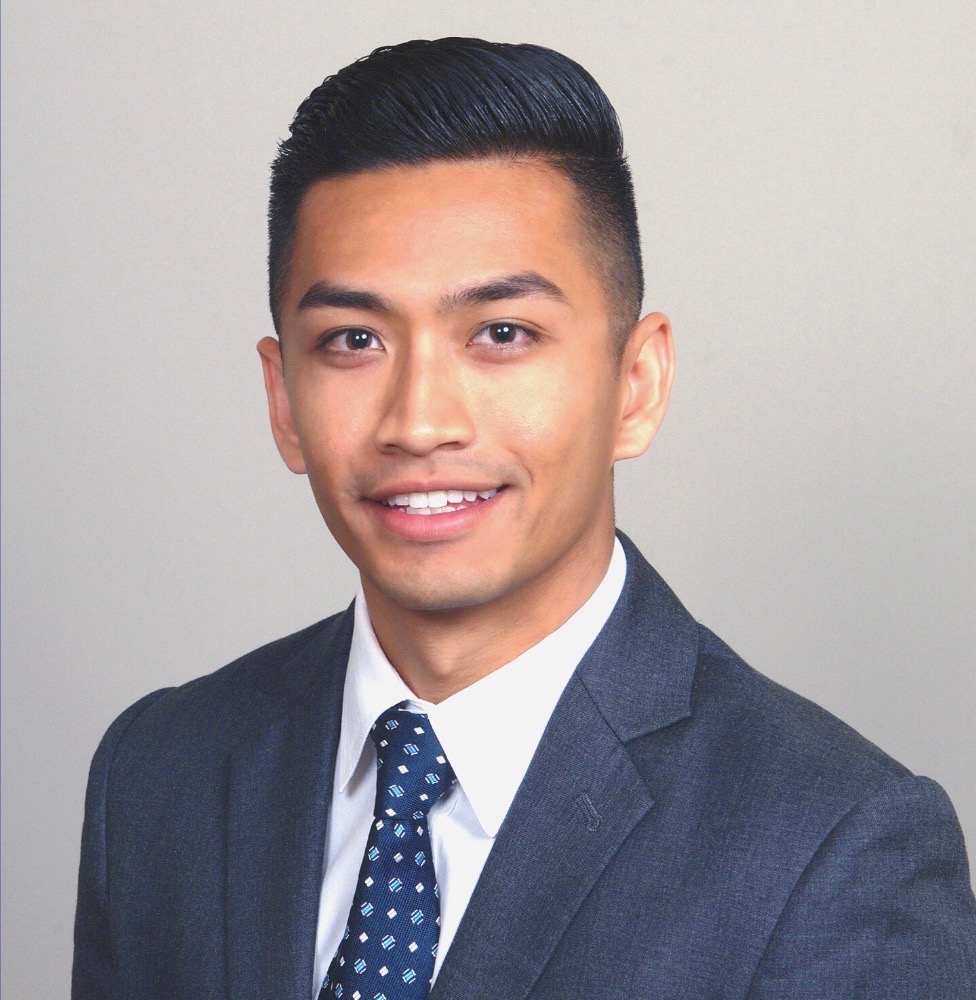 Nathaniel Patel is a 4th year medical student in the College of Medicine and recently matched into Diagnostic Radiology in Brooklyn, NY. 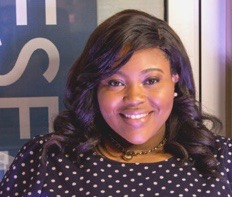 Chiderah Uzoukwu, from PG County MD, by way of Nigeria is a Biology major and Chemistry minor. 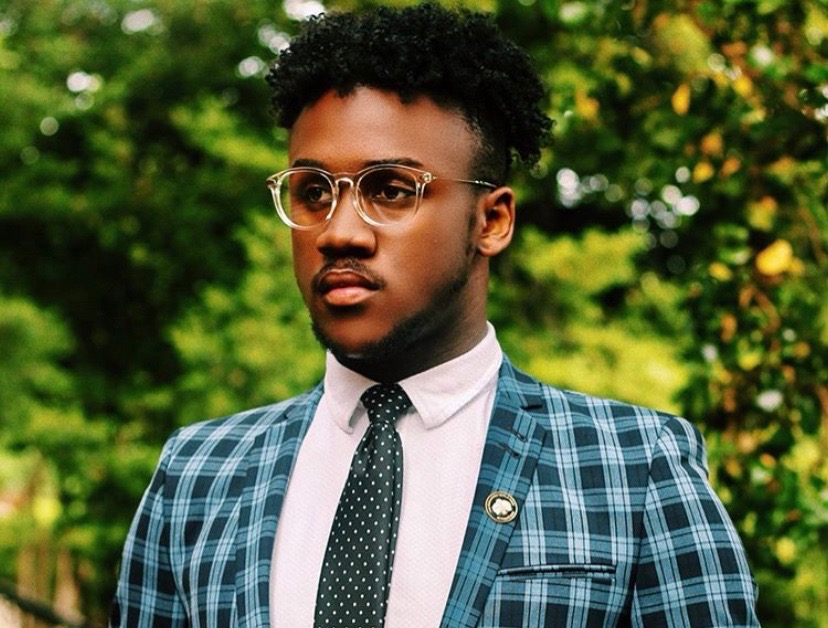 Korey Foster from Chicago Illinois is a Sports Medicine major and Allied Sciences minor. Korey showed selfless commitment to the Howard University Alternative Spring Break program as a member of the steering committee. As a graduating senior and student leader, we extend congratulations on these accomplishments! 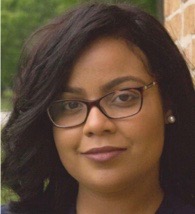 Gabby Gray is the type of scholar-activist that Howard University has long cultivated, and she is a scholar-activist in the mold of Dr. Ronald Walters. During her tenure at Howard, she was president of the HU Graduate Students Political Science Association through which she developed and led a voter engagement project during the 2016 election.  When it came time to select a dissertation topic, she selected a topic about which she was very passionate and developed it into research that could help her community address problems between the police and the Black community. We look forward to her future research and other professional achievements. 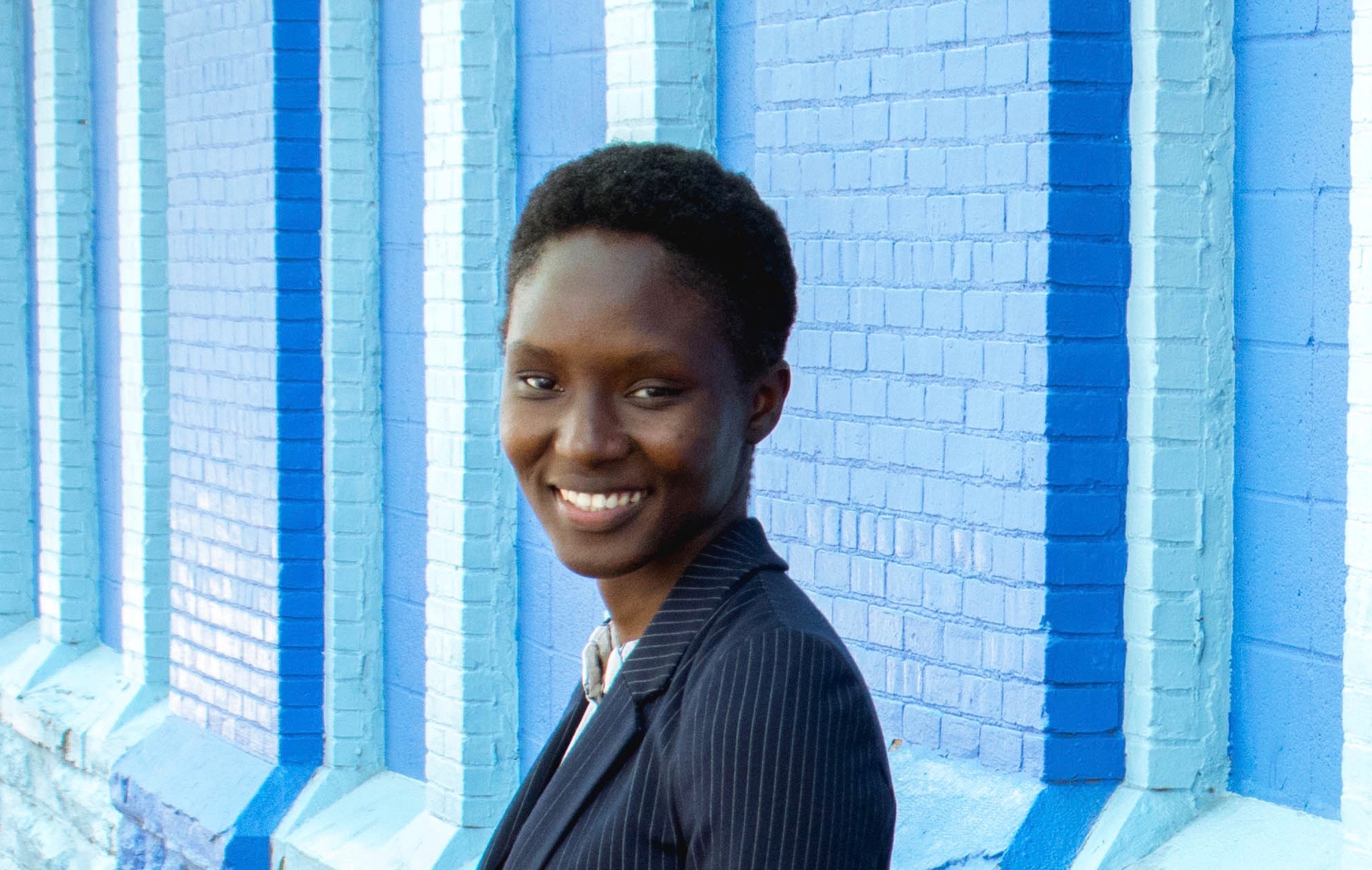 Bintou is a Finance major from Virginia by way of Mali. She lives by the quote “Do your best then, let God do the rest. 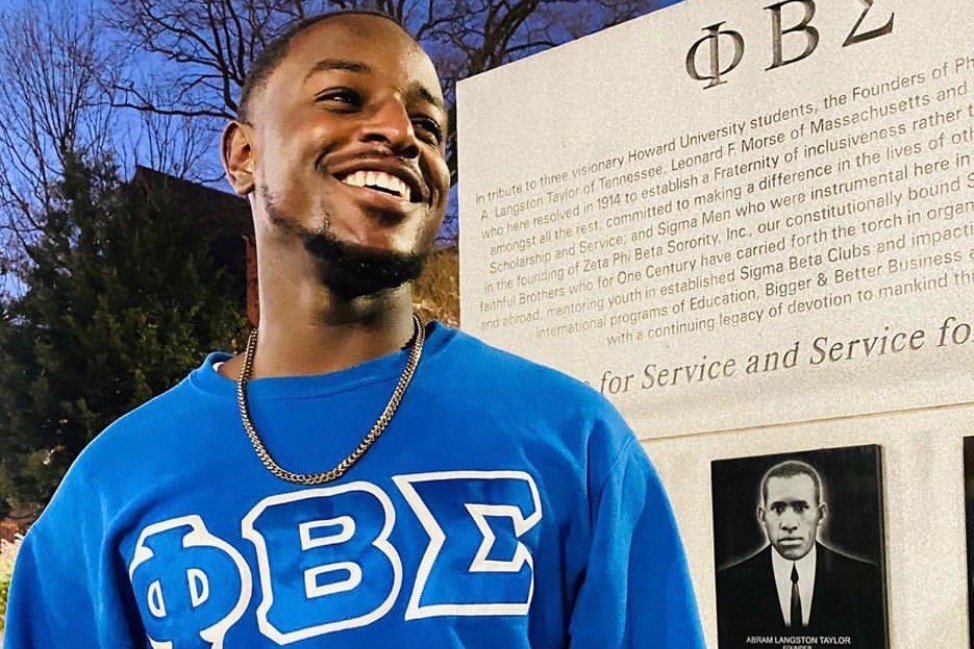 While at Howard, Dijon has fulfilled the ideals of servant leadership and scholarship to the highest extent. He has always sought out solutions to improve the lives of those around him. His contributions to both the Alternative Spring Break program and Phi Beta Sigma Fraternity, Inc., Alpha Chapter speak to his commitment to service. I'm proud of Dijon's accomplishments in his four years at Howard and greatly look forward to what he'll accomplish in the coming years! 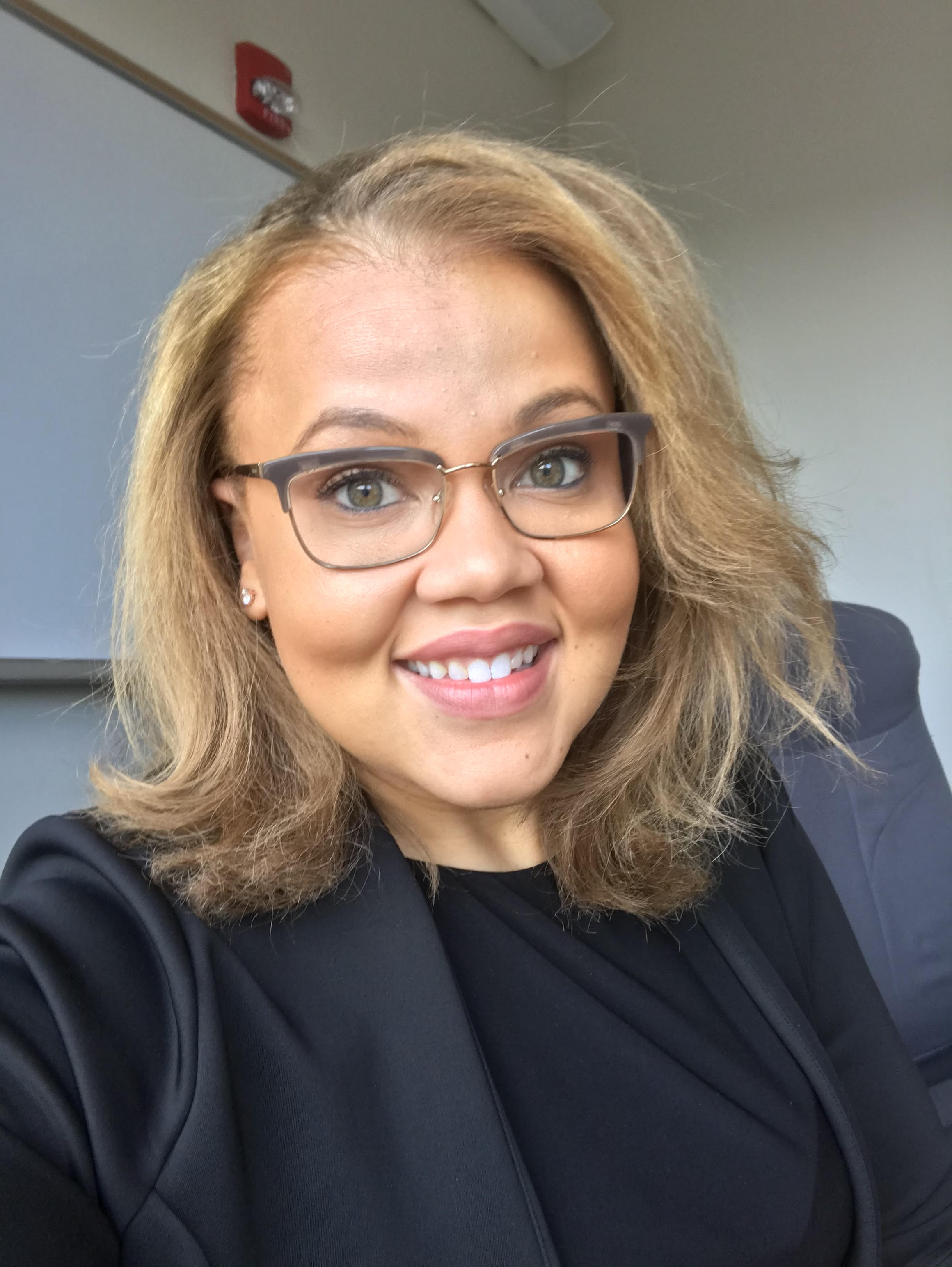 Ivy Brewer, a dual degree candidate in the School of Law and School of Business is from Kingsland, Georgia and will receive a JD and MBA. Ivy lives by the quote “Let your light shine” from Matthew 5:16. Congratulations Ivy! Continue to let your light shine. 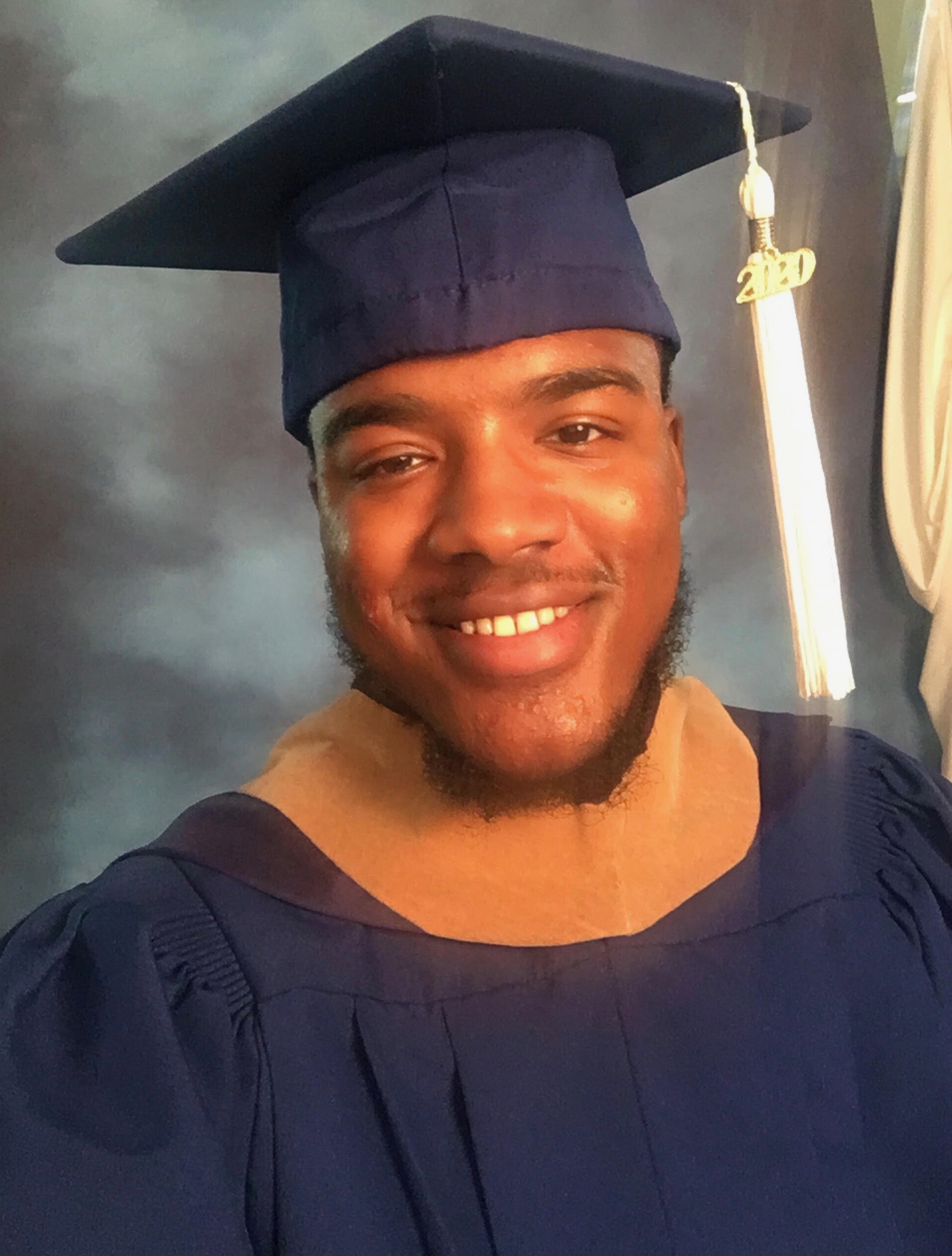 Ameer Dunston, a finance major in the School of Business is from Buffalo, New York. Ameer is the first person in his family to graduate from a four-year university and become an HBCU graduate.  His ambition and commitment to living a life filled with purpose indicates he has a bright future ahead in the years to come. 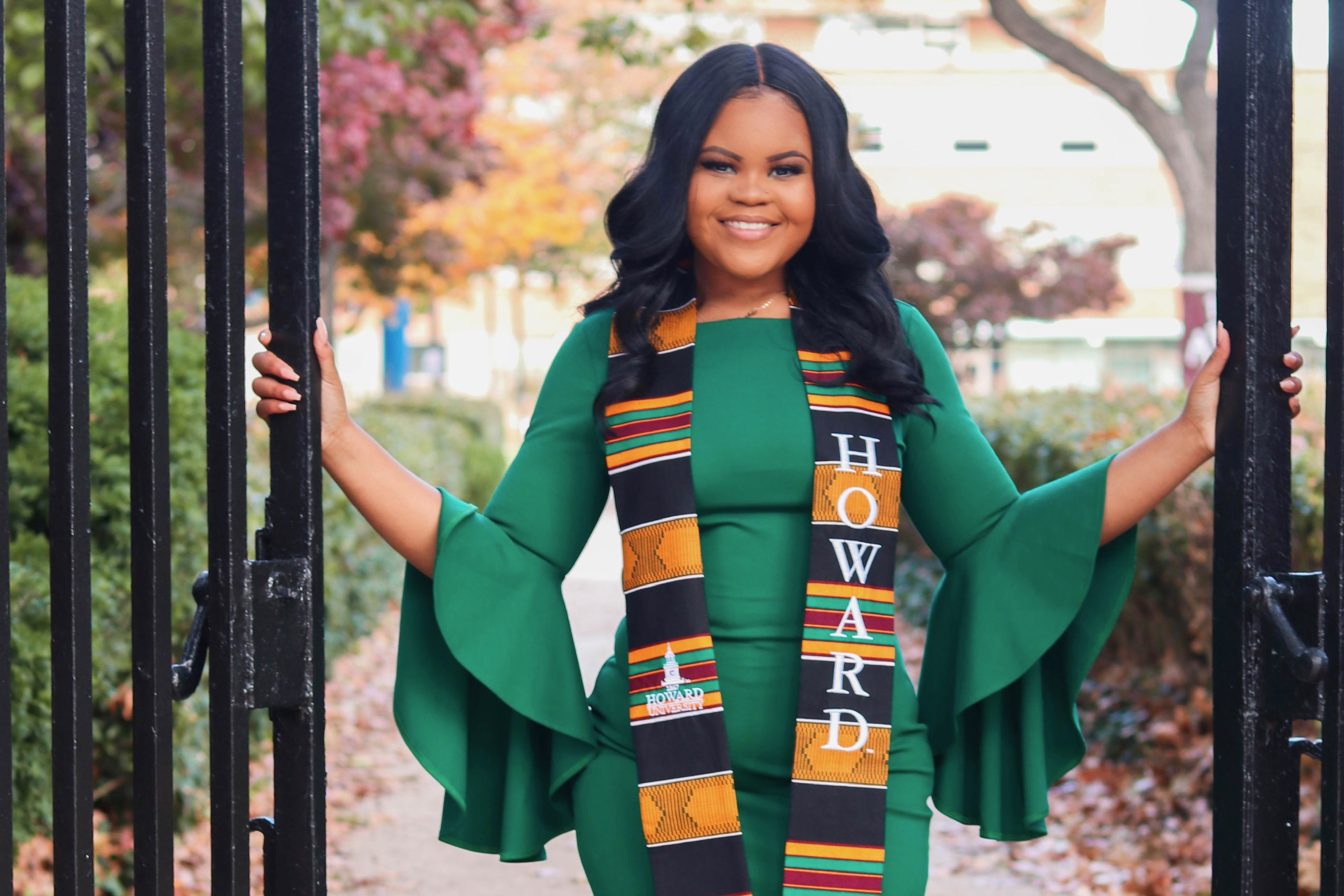 Alexia Singletary is a Political Science major with a minor in Afro American studies.  A native of Clearwater, Florida, Alexia lives by her favorite biblical scripture Proverbs 31:25 “She is clothed with strength and dignity, she laughs without fear of the future. 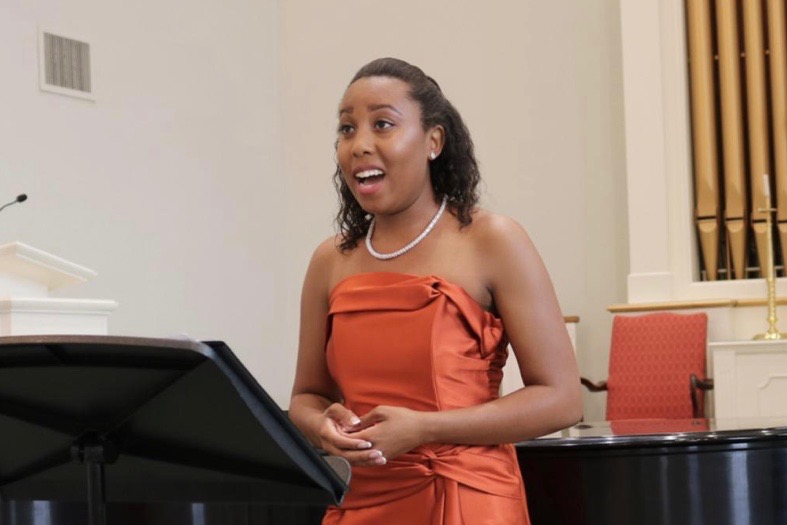 Brittney Meadors, from Ruffin, North Carolina, joins the Howard University Class of 2020, earning a Master of Arts in Music for Classical Voice. During her tenure at HU, she was a member of the Andrew Rankin Memorial Chapel Choir. Brittney’s musical repertoire includes performing as an ensemble member for The Washington National Opera’s production of Don Giovanni at the Kennedy Center and being selected for the inaugural cohort of the Archives, History and Heritage program with the Library of Congress.  Brittney plans to continue her career in government affairs and as a classical singer.  Congratulations Brittney!  Wishing you continued success. 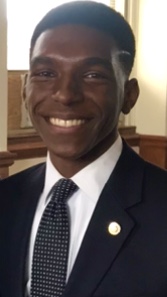 Glenn Vaulx from Memphis, TN has maintained a high level of performance in a very difficult major and program of architecture. He has participated in and held leadership roles in HUASB, served as a Chapel Assistant as well as received numerous honors during his matriculation at Howard. “Mr. Vaulx has impressed me not only in his academic endeavors but also through his service and non-school commitments.  He is purposeful and has shown a keen ability to be a leader as well as a steward always willing to help students, faculty and others, going above and beyond his class requirements.”

We are so proud of you! 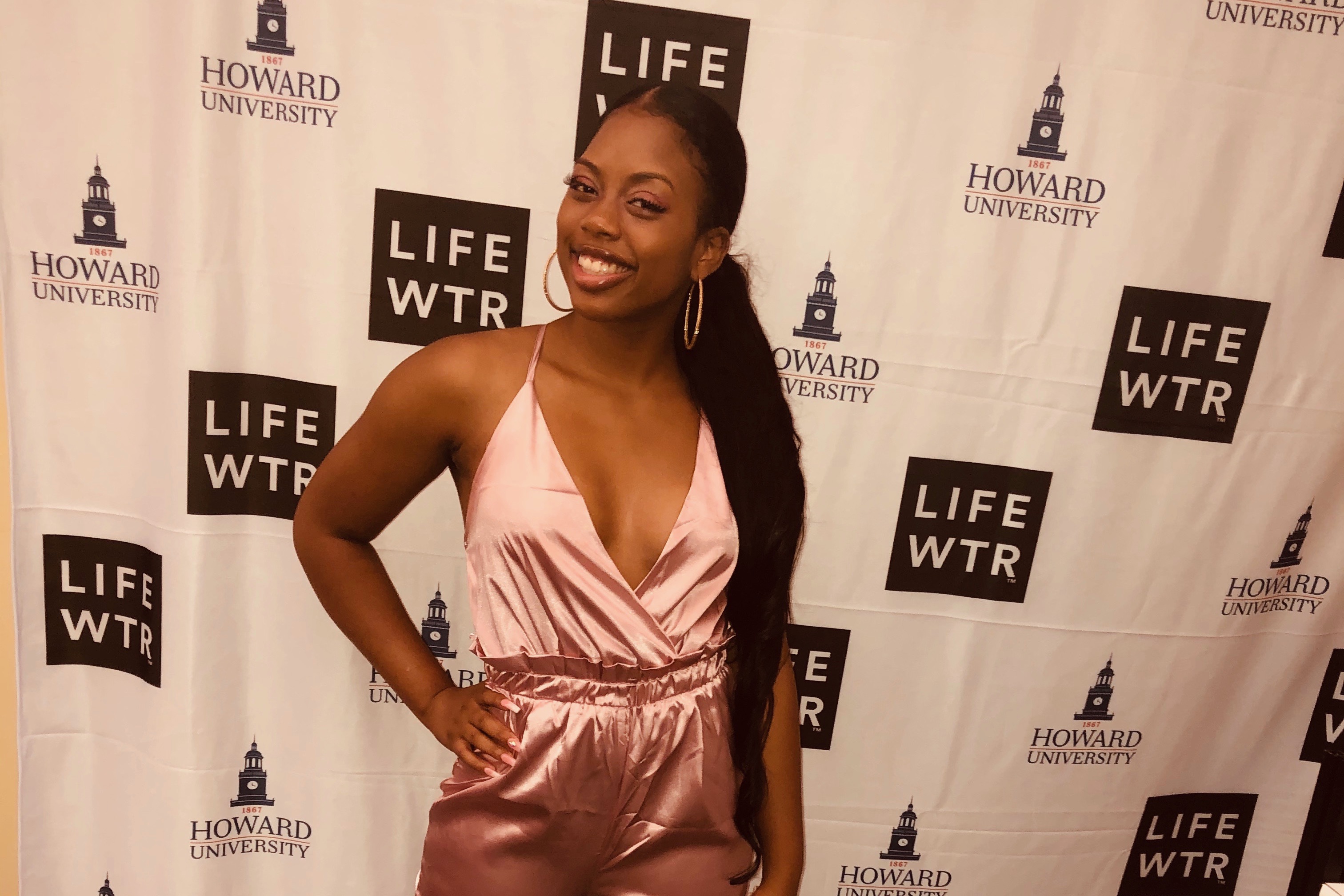 Janae Barbour is a Political Science major, Afro American Studies minor from Buffalo, NY.  Janae lives by the quote “Be fearless in the pursuit of what sets your soul on fire.”

Congratulations Janae!  Continue being fearless in your pursuit of achievieng your professional and personal goals. 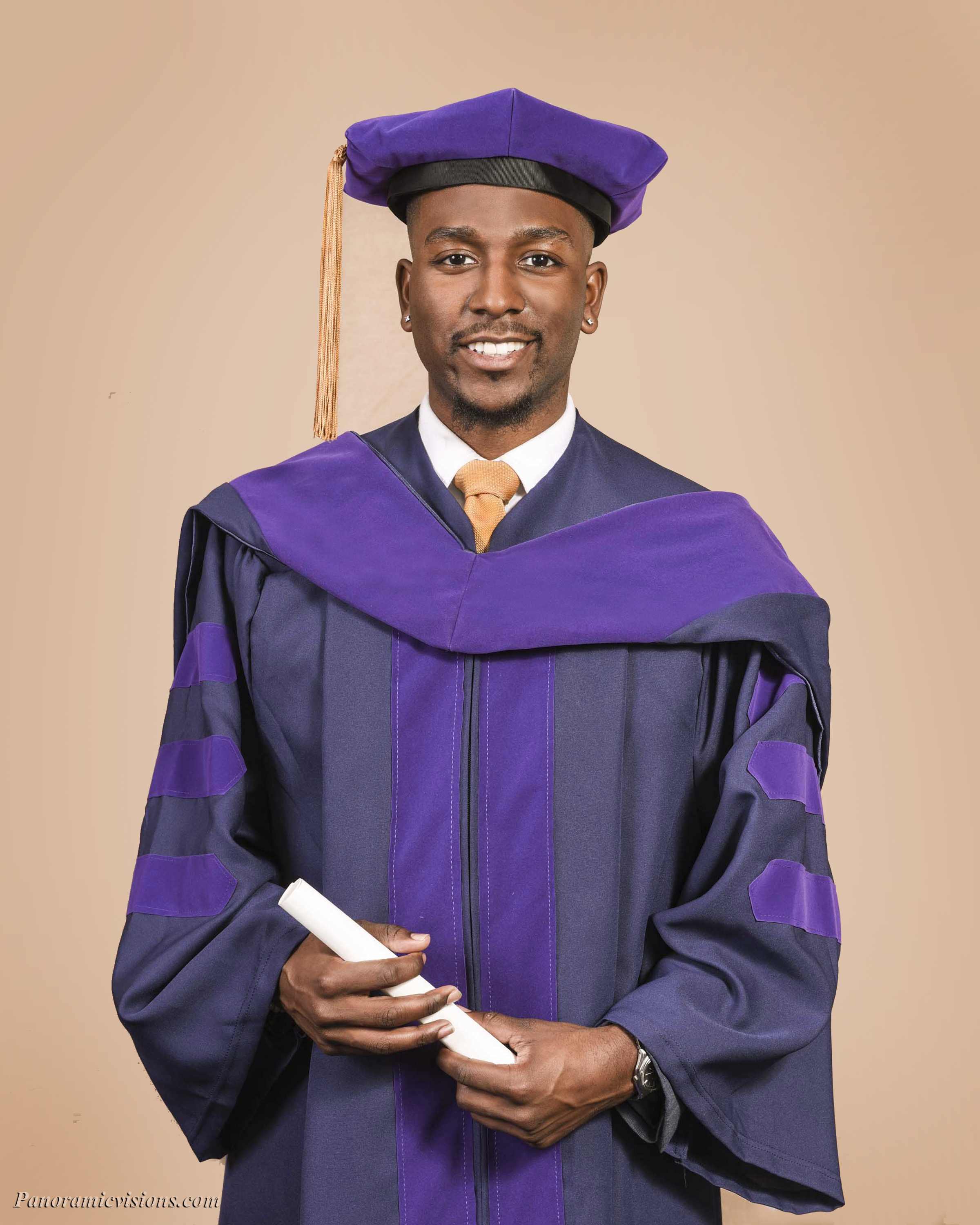 Donald J. Finley, a JD candidate is from Prince George’s County Maryland.  While in law school, Donald enjoyed learning and growing with his classmates. During his final year, Donald served as the Chief of Staff of the Student Bar Association, a Henry Ramsey Writing Fellow, a Student Attorney within the Investor Justice & Education Clinic, and a Senior Articles Editor for the Howard Law Journal. “Being at Howard Law served as a constant reminder that I am surrounded by excellence.”

Following graduation, Donald will work as an M&A Associate within the Washington D.C. office of Skadden, Arps, Slate, Meagher, & Flom LLP. While there, he plans to leverage his position in the firm to increase diversity in big law and promote economic empowerment in the African American community. Congratulations Donald!  You are #excellence. 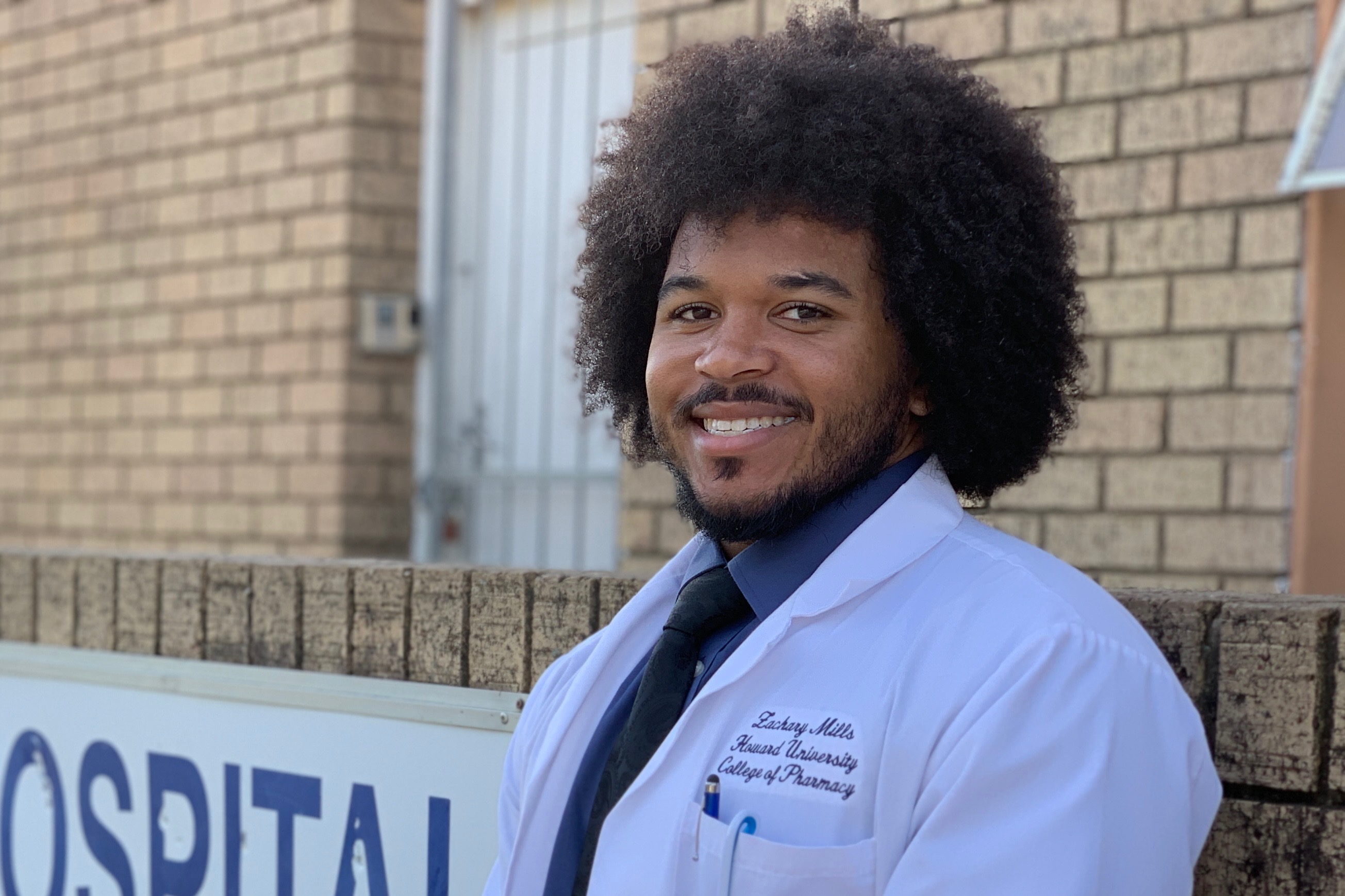 We are excited to highlight Zachary Mills, from Prince George’s County Maryland who is earning a Doctor of Pharmacy from the College of Pharmacy.  Congratulations Zachary! 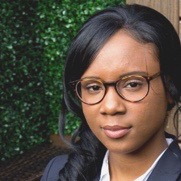 Aerial Adams is a Legal Communication major from Jackson, MS.  In the fall, Aerial will begin a Masters program in Public Policy at the Harvard University Kennedy School.  Congratulations and Good Luck! 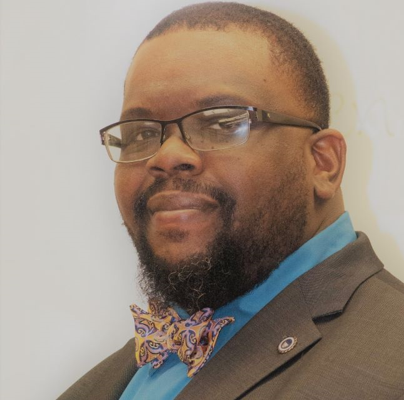 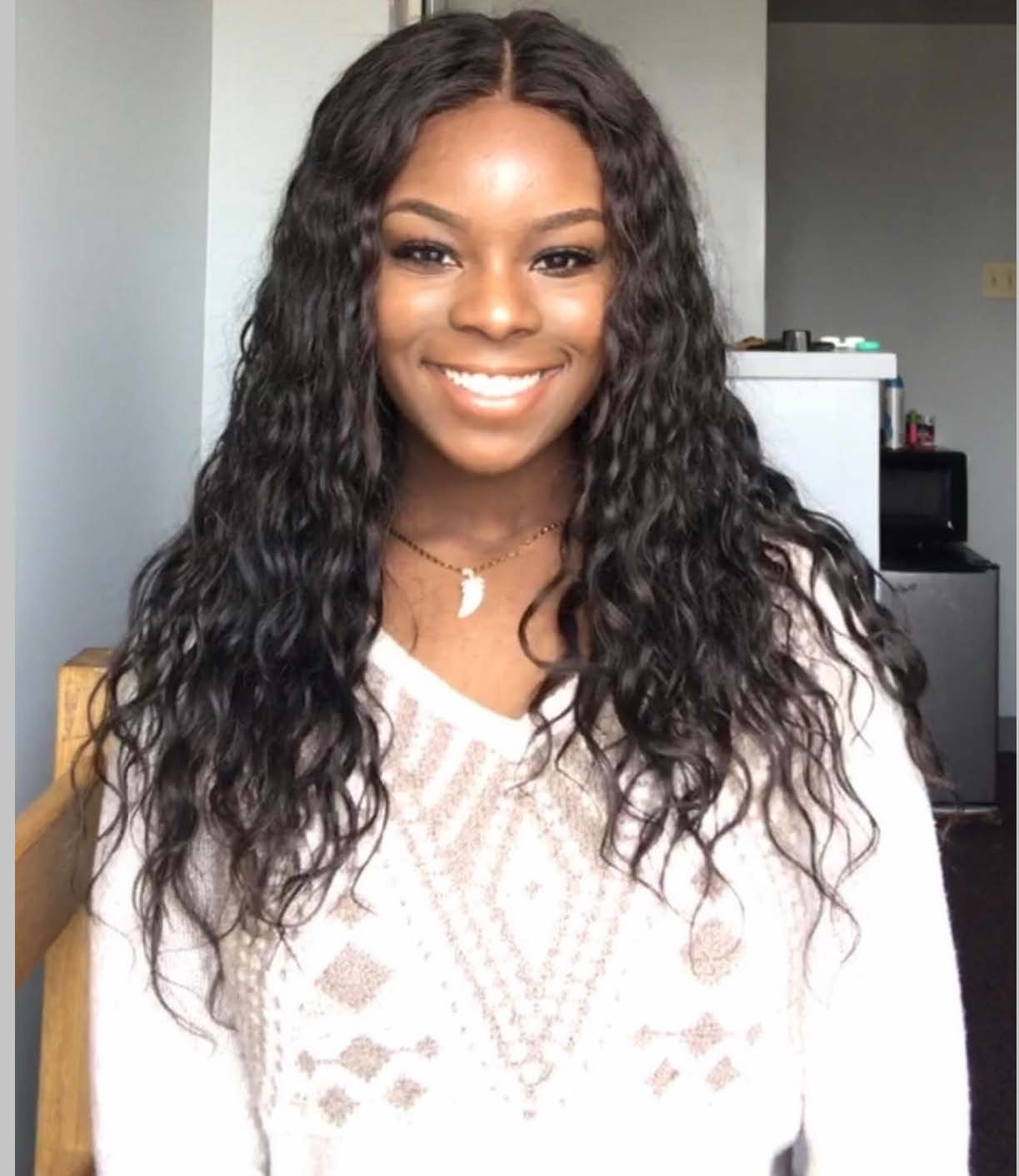 Caroline Ugoaru is a Biology major from Rahway, NJ who has been actively involved in research and service throughout her time at HU. Currently, Caroline serves as the Howard University President of Petey Greene, a group that tutors inmates in Montgomery County jail in mathematics, English, and Social Sciences to help the inmates receive their GED.  Caroline will start a post-baccalaureate program after graduation.  Congratulations and much success in the future! 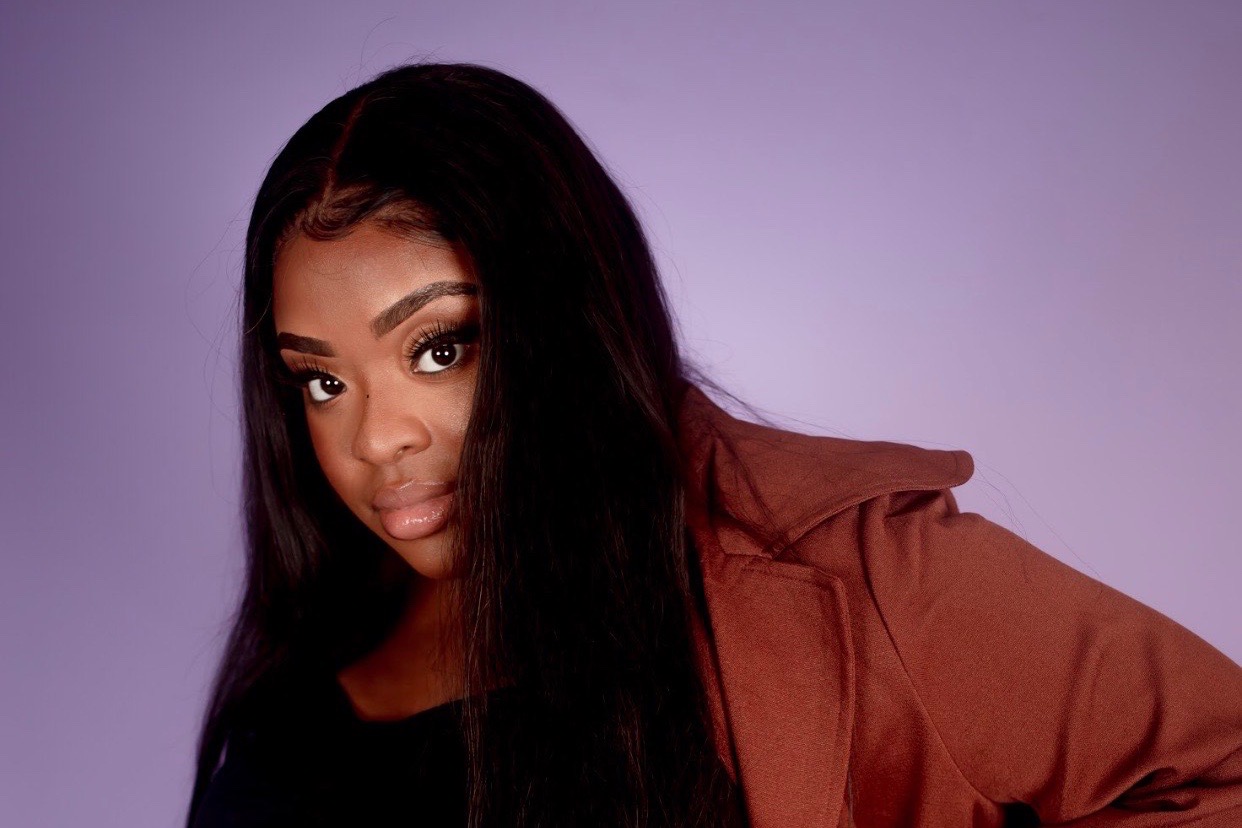 Tatyana Henry is a Psychology major and Sociology minor from Brooklyn, New York.  She lives by the premise that hard work pays off. “Thank you Howard University for everything, these four years have truly changed my life.” -Tatyana Henry 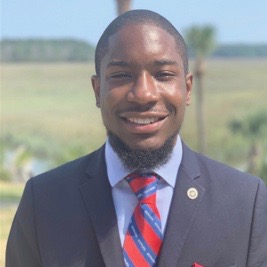 Jaril Calhoun, from Detroit, MI is in the Interdisciplinary Studies program in the Cathy Hughes School of Communications.  His unique concentration is focused on Hospitality Public Relations, studying event planning and entrepreneurship.  Jaril plans to continue as an Independent Business Owner (IBO) in IM Mastery Academy, where he will pursue a Professional Certificate in Event Management from George Washington University.  His ultimate goal is to start an event management and wedding planning company, specializing in live events and weddings. 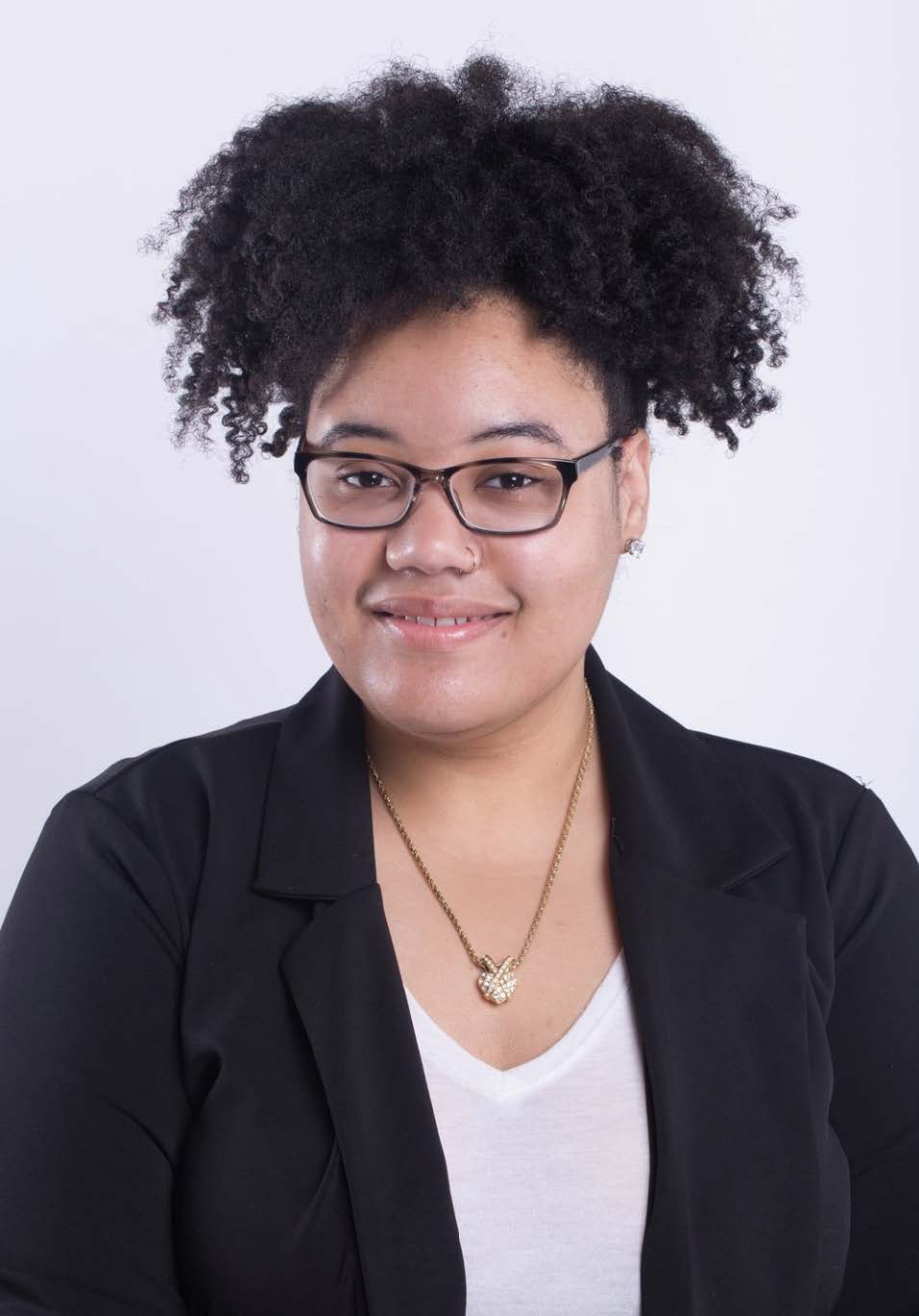 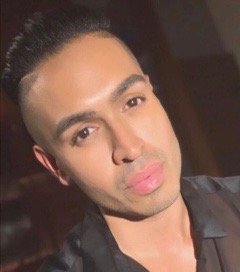 Jose Miguel Amador-Medina is a Public Relations major and French minor from Los Angeles, California.  Fluent in four languages, Jose is interested in pursuing a career in International Relations. “The Mecca is truly an institution where greatness is cultivated, and self-doubt is eradicated. Invaluable memories and infinite gratitude is what I take with me.” -Jose Amador 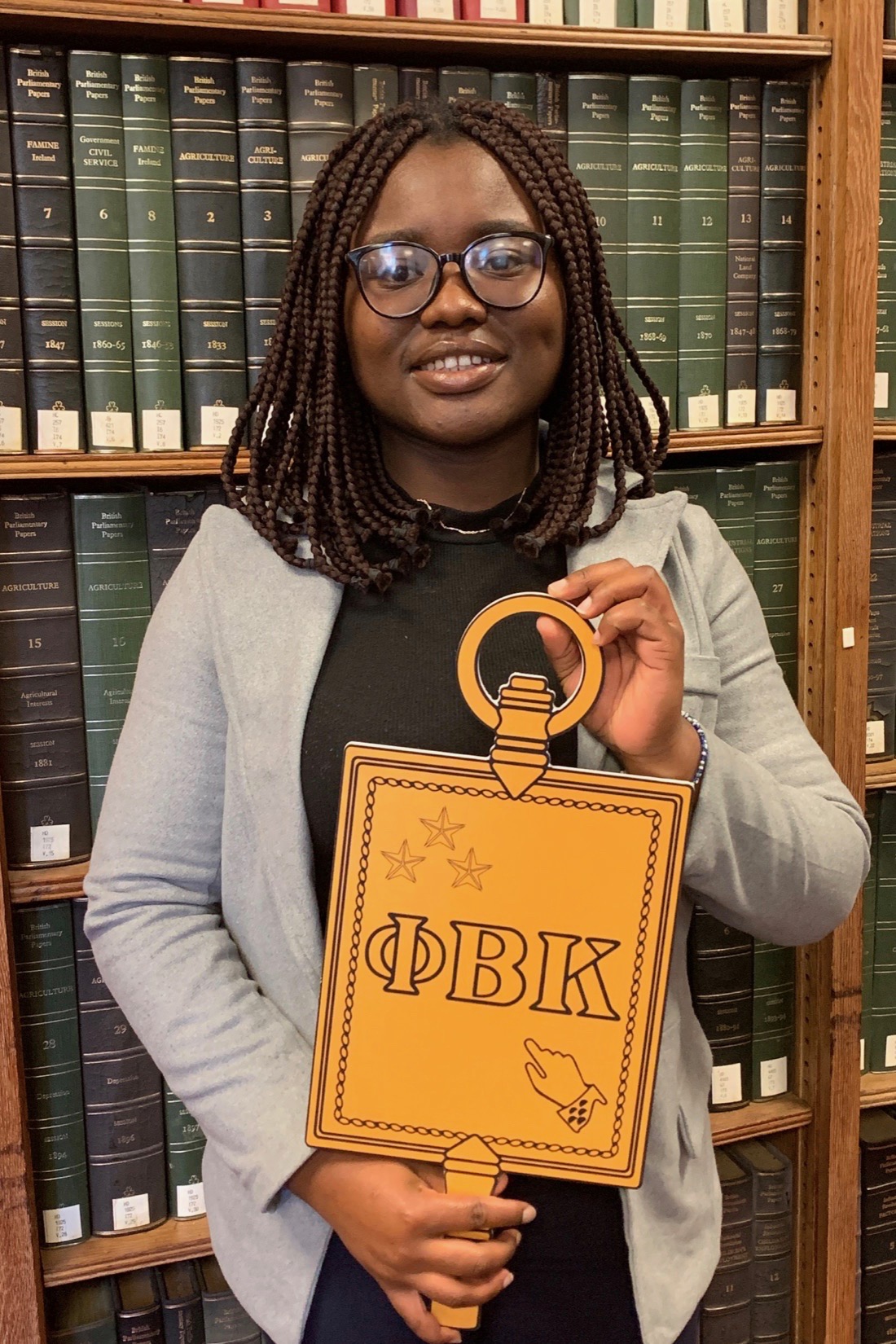 Oluwapelumi Kolawole is a Biology major, minoring in Chemistry.  A member of the Phi Beta Kappa Honors Society, Oluwapelumi has been accepted into the Howard University College of Medicine and is excited to begin her studies to become a doctor. 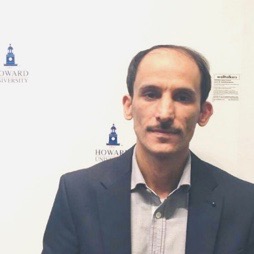 Abdullah Alshammari is a researcher in the area of Data Science and Cyber Security.  With a Bachelors degree in Computer Science from Tennessee State University and a Masters degree in Computer Science from Howard, Abdullah will receive a Ph.D for his dissertation research “Resilience Wireless Network Virtualization With Edge Computing and Cybersecurity Deception.” Congratulations Dr. Alshammari! 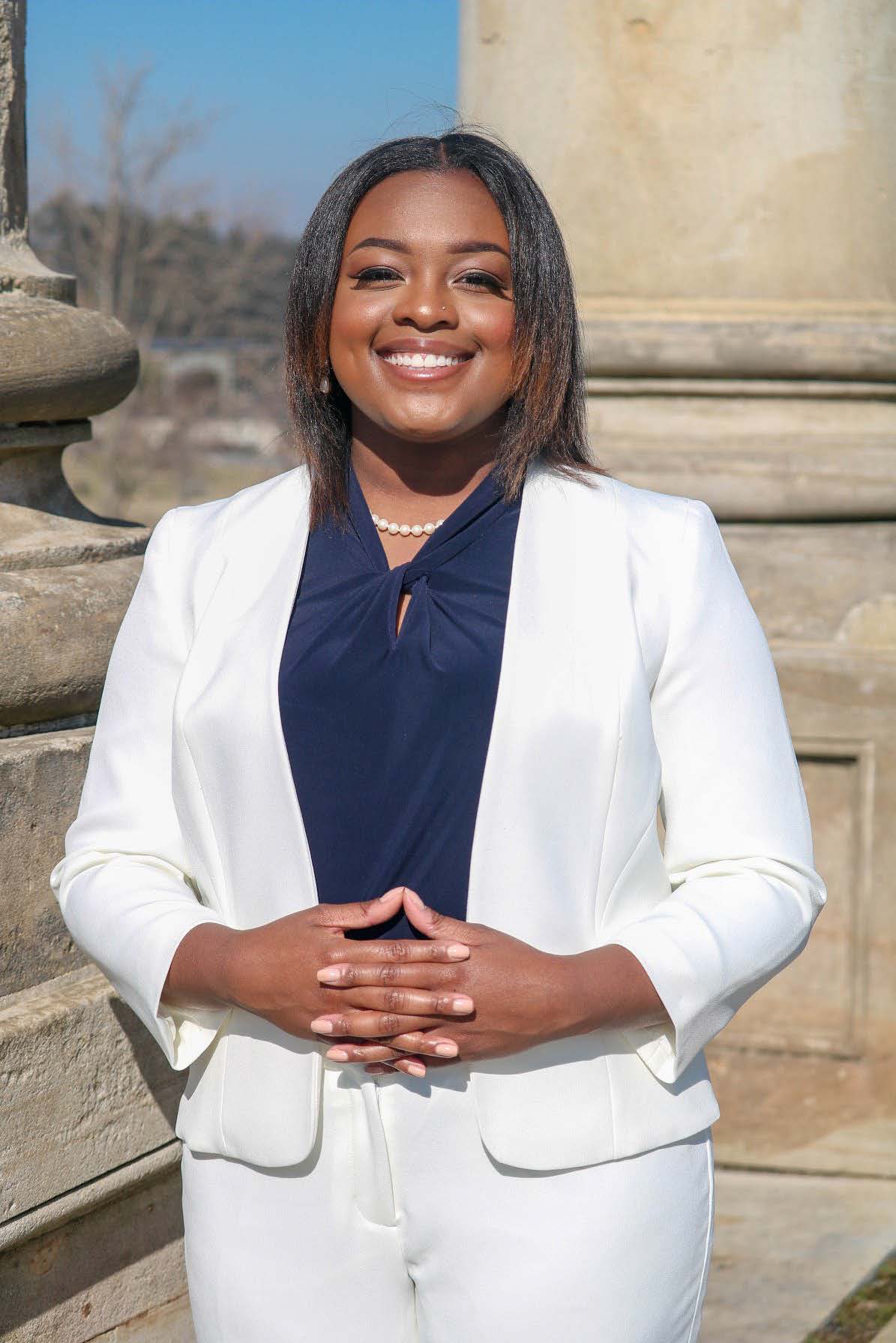 Michaella Moore, from Newark, Delaware is a Pre-Med honors student majoring in Biology.  She aspires to become a partnering physician and advocate for underserved communities.  Selected as a 2020 Marshall Scholar, only the third student at Howard to receive this honor, Michaella will attend a Masters program in Medical Anthropology at the University of London. Congratulations Michaella! 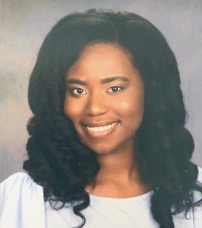 Daria Coffield is a Biology major, minoring in Chemistry.  A native of North Carolina, Daria’s research is guided by perspectives of epidemiology, clinical medicine and molecular biology.  While working in the W. Montague Cobb Research Laboratory, Daria produced an honors thesis entitle “Racial Disparities Across the Five Major Cancer Types in the United States.”