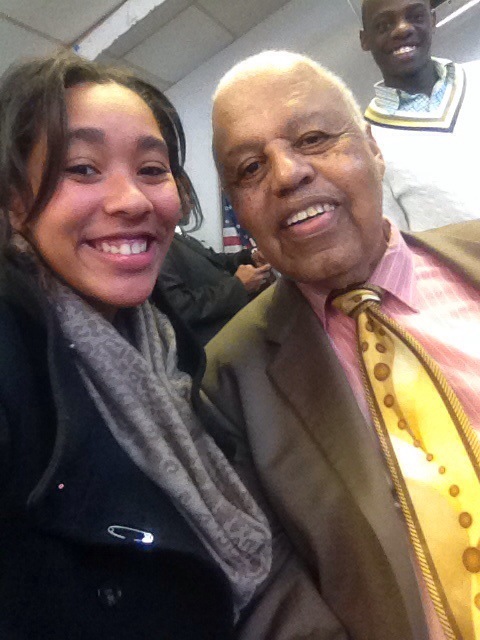 BALTIMORE (March 10, 2014)- The room of students quickly silenced as Deacon Edward Taylor, an original Tuskegee airman, made his way to the front of the room to share his story and words of wisdom. A resident of Baltimore, Taylor began to detail his experiences in the armed forces and the frequent prejudice he encountered. He shared with the group not only his trials but his success throughout his life. Graduating with a degree in architecture and engineering from Hampton Institute at the time, Taylor had only words of encouragement for the students on ASB.

"The struggles that you have in classes (right now) don't let them get you down," said Taylor who continued on to speak about perseverance saying that "no matter how hard the wind blows at you, you keep on going."

His message inspired my fellow members on ASB Baltimore and myself. It was a great pleasure and honor to meet and discuss with A man who's historical significance I had only heard about in history books in high school.

After his closing, the photos began to take place and I was fortunate enough to take a selfie with veteran and personally thank him for his time.This encounter was a great start to our week of service and I look forward to see what other greatness we will witness. Gemmika Champion