Former Ambassador of South Africa to the United States 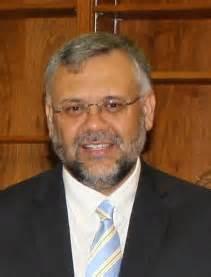 Ambassador Ebrahim Rasool is  is a former Distinguished Scholar in Residence at Georgetown University’s Edmund A Walsh School for Foreign Service  where he worked in the Alwaleed bin Talal Center for Muslim-Christian Understanding, advancing an alternative paradigm to the inertia of Orthodoxies in the face of Extremisms.

In 2015, Ambassador Rasool  completed a term of duty as South Africa’s Ambassador to the United States of America, an appointment that was the culmination of a distinguished record of Public Service in South Africa. Previously he served as a Member of Parliament in South Africa’s National Assembly, Special Advisor to the State President and has built up extensive experience in various Departments like Health, Welfare, Finance and Economic Development in the capacity of Provincial Minister.

However, it is as the Premier or Governor of the Western Cape Province that his vision of “A Home for All” galvanized this socially fragmented Province. Underpinned with a socio-economic strategy, “Growing and Sharing the Cape”, the thoughtful approach to transformation was instrumental in, amongst others, attracting foreign investment into the Province worth R8 billion (approximately $1 billion), achieving the highest provincial GDP growth rate of 5,8%, and making significant strides towards achieving the Millennium Development Goals (MDG’s) in education, health (especially in combatting HIV and AIDS) and broadening access to service delivery.

He has a long history of involvement in the anti-apartheid struggle starting at High School in 1976 and including leadership in the United Democratic Front (UDF) and the African National Congress (ANC). He was Provincial Leader of the ANC and served on its National Executive Committee for 7 years. He has had to make sacrifices like spending time in prison, where in 1987 at Pollsmoor Prison, he met Nelson Mandela for the first time, as was placed under restrictions and house arrest by the apartheid government during successive states of emergency.
His social and political involvement has also been through faith-driven Movements. He was a founder of The Call of Islam, an anti-apartheid Muslim organization that transformed Muslims’ approach in South Africa towards democracy, human rights, gender equality, and relations with people of other faiths, ideologies and cultures. He was also active in the Interfaith Movement especially through the transition, convening two National Interfaith Conferences to help shape the emergent South African Constitution. These commitments were tested when, as a political leader in Cape Town, he had to confront extremism and helped pioneer innovative ways to confront the phenomenon and forces of extremism.

Founder of the World for All Foundation, Ambassador Rasool is active in rethinking the intellectual tools for co-operative relations between faiths, cultures and communities at a global level, and establishing dignity, inclusion and equity for those marginalized and excluded. The World for All is especially active among Muslim Minority communities, transferring examples of co-existence from South Africa, and increasingly is acting as a conduit for Nelson Mandela’s lessons to the Muslim heartlands in need of freedom, democracy and human rights.

Ebrahim Rasool studied at the University of Cape Town where he received a Bachelor of Arts Degree in English Literature and Economic History, and a Higher Diploma in Education. He has an incomplete Honors in Literary Criticism, started while in prison. In 2014, he was awarded an Honorary Doctorate of Humane Letters, Honoris Causa, by the Roosevelt University in Chicago, and the Doctorate of Public Service, Honoris Causa from Chatham University in Pittsburgh.