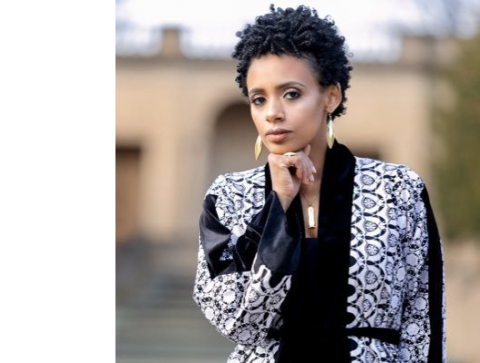 Rahiel Tesfamariam is a social activist, public theologian, writer and international speaker. She is the founder of Urban Cusp, a cutting-edge lifestyle brand, and The Insaka, an intergenerational gathering space for spiritual healing and restoration. Rahiel currently serves as Associate Pastor of Young Adult Ministry at Peace Fellowship Church in Washington, DC. She is also a former columnist for The Washington Post.

Rahiel is a graduate of Stanford University and Yale Divinity School where she was the inaugural William Sloane Coffin, Jr. Scholar for Peace and Justice. Prior to attending seminary at Yale, she served as the youngest editor-in-chief in the history of The Washington Informer newspaper, at age 23. Rahiel went on to work as a community organizer for anti-violence youth initiatives before launching Urban Cusp in 2011.

Rahiel has traveled the world on various delegations and humanitarian projects, including to Darfur, Sudan and occupied Palestine. She has spoken at prestigious universities and historic churches throughout the nation and is a recipient of countless national fellowships and awards for her social justice and media work. Responding to the 2014 Ferguson non-indictment decision, Rahiel led a national Black Friday economic boycott supported by dozens of celebrities called #NotOneDime. As a leading generational voice, Rahiel has appeared in countless media outlets, including The New York Times, Forbes, MSNBC, BET, ELLE, and more. Rahiel has been ranked on The Root 100, featured in Ebony and Revolt TV amongst “Leaders of the New School” and was one of six women Essence Magazine named “The New Civil Rights Leaders.”

In 2019, Rahiel returned to the U.S. after being on sabbatical in southern Africa for three years, working to strengthen Pan-African solidarity between the U.S.A. and the African diaspora. Her new clothing brand AZURWA seeks to honor the rich history and culture of Africa.