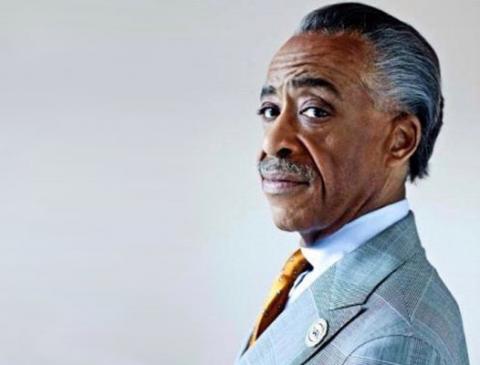 As founder and President of National Action Network (NAN), which currently operates over 125 chapters across the country including a Washington, D.C. bureau and headquarters in Harlem, NY, Rev.  Al Sharpton has dedicated his life to the fight for justice and equality.   A 2016 Vanity Fair profile described him as “arguably the country’s most influential civil rights leader.”
Throughout his career, Rev. Sharpton has challenged the American political establishment to include all people regardless of race, gender, socio-economic status, or beliefs. In fact, few political figures have been more visible than Rev. Sharpton in the last two decades. Rev. Sharpton's oratory skills have served as a platform for making changes in the American social and political establishment.
National Action Network, under Rev. Sharpton's leadership, has become a vibrant and active social justice organization, making an impact across the country. Recent NAN activism has focused on crucial national concerns as the organization continues campaigns around voter engagement, gun violence, jobs, corporate responsibility, immigration reform, health care reform, and seeks justice in cases including the Trayvon Martin case. NAN's efforts also include calling for reform in states that practice “Stand Your Ground” laws and racial profiling. In 2013, NAN led over 175,000 marchers in the National Action to Realize the Dream March to commemorate fifty years since Dr. King’s “I Have a Dream” speech and to make a clarion call for renewed activism.

From anchoring a weekly television broadcast on MSNBC titled “Politics Nation”, to hosting a daily, three-hour nationally syndicated radio show called “Keepin it Real”, as well as a national Sunday radio show called “The Hour of Power” and a Saturday rally which is broadcast live from his NAN headquarters, Rev. Sharpton utilizes his multiple platforms to highlight issues and stories that would otherwise fall under the radar .

Rev. Sharpton is the author of The Rejected Stone: Al Sharpton and the Path to American Leadership. In the book, “Reverend Al” intimately discusses his personal evolution from street activist, pulpit provocateur and civil rights leader, to the man he is today, while providing a series of essential life lessons that readers can adopt to transform their own lives.

Rev. Sharpton is a champion for human rights and is passionate about the key issues that involve confronting human rights violations.  He says that his religious convictions are the basis for his life and he has been at the vanguard of issues promoting equal standards and decency.