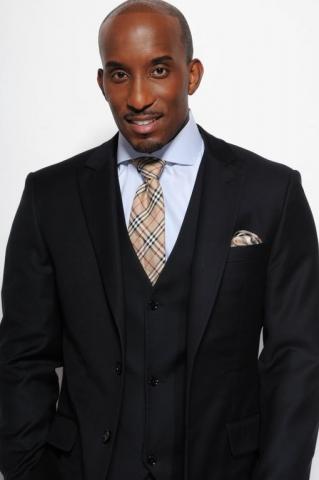 Dharius Daniels is a cultural architect and trendsetter for his generation. He is an innovative leader, a strategic thinker, and an articulate and prolific preacher.

He is the Senior Pastor and founder of Kingdom Church in Ewing and Burlington, New Jersey, a vibrant ministry that impacts people of all ages, socioeconomic, and ethnic backgrounds. Kingdom Church was founded in August of 2005 and has grown into a vibrant congregation of several thousand members.

Pastor Dharius has developed a Breath Taking Ministry concept that describes the standard of excellence at Kingdom Church: a standard that is apparent in his commitment to not only ministry but also education. He holds a Bachelor of Arts degree in Political Science from Millsaps College in Jackson, Mississippi, and a Master of Divinity degree from Princeton Theological Seminary in Princeton, NJ. Currently, he is pursuing a Doctorate of Ministry degree at Fuller Theological Seminary in Pasadena, California.

He is the president and founder of the Kingdom Community Development Corporation, which is an institution that directly addresses areas such as literacy, poverty and poor health.

He is also president and founder of the Kingdom Mentorship Network, which provides coaching and training to pastors and church planters. He is married to Shameka Daniels and they are the proud parents of two sons Dharius Seth and Gabriel Micah Daniels. He has dedicated his life to the work of ministry, which he believes is inseparable from community involvement and development.