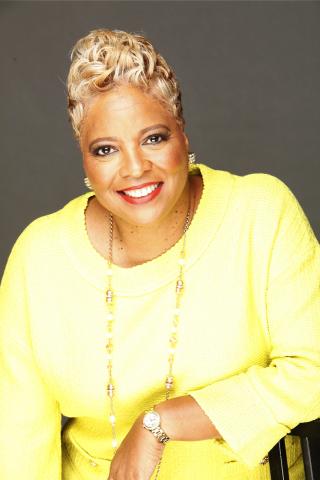 She is a 1978 graduate of Memphis Catholic High School. In 1982, she earned a Bachelor of Business Administration in Marketing from the University of Memphis. In 1989, she received a Master of Education in Administration and Supervision from Trevecca Nazarene College in Nashville, Tennessee. She also received the Master of Divinity degree from Memphis Theological Seminary in May 1996. Rev. Stewart attended the Harvard Divinity School Summer Leadership Institute for Church-based Community and Economic Development in the year 2000. On May 5, 2007, she received the Doctor of Ministry degree from the Interdenominational Theological Center (ITC) in Atlanta, Georgia.

Dr. Stewart has received a number of honors and awards for her outstanding service to the church and the community including: the Outstanding Citizen of the Year from Sigma Gamma Rho Sorority, Inc. in 2000; the Community Service Award from Alpha Kappa Alpha Sorority, Inc. in 2000; the O’landa Draper Humanitarian Award; the Pastor of the Year Award (medium size church) from the Gospel Bridge Awards in June 2004; the World’s Most Loved Pastors in November and December 2005 from the Gospel Today magazine; the Women of Wisdom award from the Women’s Foundation of Greater Memphis in April 2007; and the Pastor of the Year award from Citizens for Better Service in 2012. She was the first woman to receive the prestigious Carter G. Woodson Award from Southwest Community College in February 2013.

Dr. Stewart has been featured in numerous publications such as: Gospel Today; Spirit; Soul Sanctuary - released in April 2006, a desktop documentary of the essential highlights of the African American worship experiences across denominations nationwide; and The African American Pulpit, a quarterly journal that serves as a repository for the very best of African American preaching and provides practical and creative resources for persons in ministry.

Dr. Stewart has served as a Team Leader for the Pastoral Excellence Program for Lott Carey International, a development and advocacy organization. She currently serves a Faculty Mentor for the United Theological Seminary Doctor of Ministry Program, and a Visiting Professor of Practical Theology at the Samuel D. Proctor School of Theology of Virginia Union University.

She also serves as a Co-Convener for the Women in Ministry Conference convened by Dr. Cynthia L. Hale, and a Trustee for the Samuel DeWitt Proctor Pastors Conference. She is a former board member of the Advisory Board for The African American Pulpit. She is a former board member for The National Civil Rights Museum and Bread for the World. Dr. Stewart is the founder of Greater Works, Inc., a non-profit organization devoted to philanthropy and ministry development. She is a proud member of Delta Sigma Theta Sorority, Inc.

More than 4,000 persons have united with the Christ Missionary Baptist church under Dr. Stewart’s leadership. In addition to significant numerical growth, the church has experienced exponential physical and financial growth. The church has purchased several additional properties to accommodate their increasing growth. The church offers more than fifty ministries which are intended to minister to the Spirit, Soul and Body of every person and lead to personal transformation. She travels extensively conducting workshops, revivals, and seminars. Dr.  Stewart is a woman with a heart for God and God’s people.