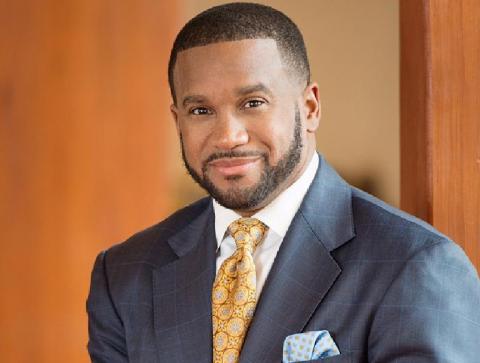 Rev. Dr. Howard-John Wesley is the exciting, gifted and anointed Senior Pastor of Alfred Street Baptist Church in Alexandria, Virginia. A courageous, dynamic, and visionary leader, Dr. Wesley is a much sought after preacher, teacher, and featured national keynote speaker for various churches, leadership and development programs. He is only the eighth pastor to be installed in the 212 year history of the historical and world renowned Alfred Street Baptist Church.

Under his leadership, the church has grown to over 7,000 members with nearly 80 active ministries. The church currently holds four services; three on Sunday and one on Saturday evenings (the only African American Baptist church in the Washington, DC area to do so). He is most passionate about today’s youth, and is often recognized for his sermons which promote spiritual, social and intellectual growth amongst young adults.

Under his direction, a plethora of innovative worship services and ideas have been conceptualized and implemented such as Come As You Are (CAYA). CAYA is a worship service for young adults, ages 20 – 30 something which is held on the first Wednesday of every month. A host of innovative spiritual programs, services and study groups have been implemented under Dr. Wesley’s direction such as: the Awana program; which raises children and youth to know, love and serve Christ, Senior’s Bible study, Men’s Bible study, Praying with the Pastor and Chatting with the Pastor, just to name a few. The Mission Ministry has placed more emphasis on domestic violence awareness, community awareness, mentoring programs and after incarceration assistance, all with Pastor Wesley at the helm. As a compassionate pastor; he led ASBC to purchase property adjacent to the church which kept affordable housing in historical Old Town Alexandria.

The July 2013 issue of Time magazine, featured an article entitled “After Trayvon,” which acknowledged Dr. Wesley’s sermon, “When the Verdict Hurts,” as one of the best sermons preached in the United States addressing the verdict of “Not Guilty”.

For his labor, Dr. Wesley has received numerous awards and accolades. He is one of the 2013 recipients of The Root 100: A Who’s Who of Black America award, and one of seven to receive the James Floyd Jenkins Pillar of Faith Award presented by Howard University School of Divinity, in collaboration with the United Church of Christ in April 2014. Moreover, he is associated with several organizations: Alexandria NAACP, the Northern Virginia Urban League, the Community Coalition for Haiti, a member of the Board of Directors for the Hopkins House and the Institute for Responsible Citizenship, a member of the Board for the Lott Carey Convention, and a member of the board of the John Leland Center for Theological Studies. He has also served as honorary chairperson for the African American Adoptions, Inc. just to name a few.

A member of Kappa Alpha Psi Fraternity, Inc., Dr. Wesley is an avid golfer who also enjoys movies, reading, and working out. He celebrated his 25th year anniversary in the ministry on November 29, 2014. He is the proud father of two beautiful sons, Howard-John, II and Cooper Reece.