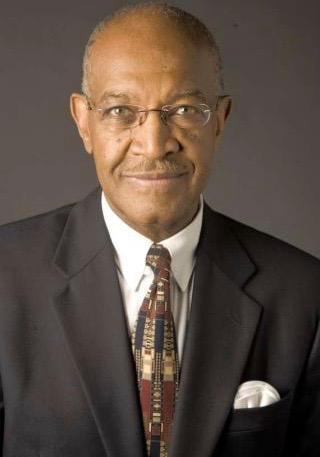 The Rev. Dr. James Alexander Forbes, Jr. is Senior Minister Emeritus of The Riverside Church and President of the Healing of the Nations Foundation. Forbes, who was installed as the fifth Senior Minister of Riverside on June 1, 1989, and retired on June 1, 2007, was the first African-American to serve as Senior Minister of this multicultural congregation. He is an ordained minister in the American Baptist Churches and the Original United Holy Church of America.

In national and international religious circles, Dr. Forbes is known as the preacher’s preacher because of his extensive preaching career and his charismatic style. In their March 4, 1996 issue, Newsweek magazine recognized Forbes as one of the 12 “most effective preachers” in the English-speaking world. This Pastor, Educator, Administrator, Community Activist and Interfaith Leader was designated as one of America’s greatest Black preachers by Ebony magazine in 1984 and 1993. He won the Alumni Charter Day Award of Howard University for Distinguished Post Graduate Achievement In Ministry. In 1995 he emerged in the Baylor University Survey as one of twelve remarkable and most effective preachers in the English-speaking world.

Dr. Forbes has earned three degrees and has been awarded 13 honorary degrees. He earned a Doctor of Ministry Degree from Colgate-Rochester Divinity School in Rochester, NY, in 1975; a Master of Divinity Degree from Union Theological Seminary in New York, NY, in 1962; and a Bachelor of Science in Chemistry from Howard University in Washington, D.C., in 1957. He earned his Clinical Pastoral Education Certificate from the Medical College of Virginia in Richmond, VA, in 1968.

Since 1992 to the present, Dr. Forbes has been co-chair of A Partnership of Faith, an interfaith organization of clergy among New York’s Protestant, Catholic, Jewish, and Muslim communities. He is on the board of Manhattanville College, the Interfaith Alliance, Harlem Congregations for Community Improvement, and the United Way. He is a consultant to the Congress of National Black Churches and past President of The Martin Luther King Fellows. In October 2000, he received the prestigious Earle B. Pleasant Clergy of the Year Award from Religion in American Life and delivered the Raymond J. Peterson Lecture. In 2000, Dr. Forbes also accepted board appointments to: The Values Institute of America, The Bertram M. Beck Institute on Religion and Poverty at Fordham University, and The Mailman School of Public Health at Columbia University. In April 2001, Union Theological Seminary presented Dr. Forbes with the Unitas Distinguished Alumnus Award, and in May 2003, Teachers College awarded him their Distinguished Service Medal. The Interfaith Alliance awarded him the Cronkite Faith and Freedom Award in 2004.

Forbes has led numerous workshops, retreats, and conferences for the National Council of Churches of Christ USA, the National Association of Campus Ministry, the American Baptist Churches, the United Church of Christ, the African Methodist Episcopal Church, the Christian Church (Disciples of Christ), the Episcopal Church, the Roman Catholic Church, the United Methodist Church, and the Presbyterian Church (USA). His sermons are aired weekly on WLTW 106.7 FM in New York, NY.

Two of Dr. Forbes’ songs have been published in the Silver Burdett Songbooks for schools: “We Shall Overcome” and “Our Families Together.” Dr. Forbes has performed the narration for several large musical productions, including Mendelssohn’s Elijah with the Riverside choir.

Born in 1935 in Burgaw, North Carolina, Dr. Forbes is married to Bettye Franks Forbes, formerly of San Antonio, TX. They are the proud parents of one son, James A. Forbes III.