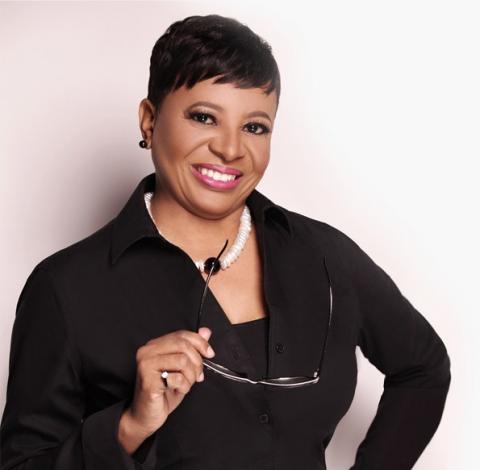 Dr. Jasmin “Jazz” Sculark, The Daughter of Thunder, is a native of the Republic of Trinidad and Tobago. Dr. Jazz is the Founder and President of Dr. Jazz Ministries and the author of several books.

She is nationally and internationally known as a Pastor, Teacher, Author and Evangelist who God has chosen to use to do a mighty work in this 21st century. Her preaching invitations include: Dillard University, Howard University, Shaw University and the Hampton Ministers’ Conference. She has preached in the Bahamas, Nigeria, the United Kingdom and her native Trinidad and Tobago, to name just a few. In the summer of 2013, she was invited to be a speaker for Bishop TD Jakes’ world renowned “Mega Fest Conference,” Dallas, TX and again at “Woman Thou Art Loosed” 2014, Atlanta, GA.

In March of 2014, Dr. Jazz launched her first broadcast series entitled, “Your Best Day Yet,” on The Word Network.

One who “shows herself to be approved,” Dr. Jazz was licensed to preach the Gospel in 1992. Seven years later in 1999, she was ordained at Mt. Olivet Baptist Church in Columbus, OH under the pastoral leadership of Dr. Charles Booth. She is a graduate of the Practical Bible College in Vestal, NY and the Washington Bible College in Lanham, MD. She received her Master of Theological Studies degree from the Trinity Lutheran Seminary in Columbus, OH and her Doctor of Ministry degree from the United Theological Seminary in Dayton, OH.

Dr. Jazz is the recipient of numerous awards and recognitions including her nomination by the “African American Pulpit” Judson Press publication as one of the “20 to Watch Young Preachers in the New Millennium.” In 2010, Dr. Jazz received the Gardner C. Taylor Distinguished Preaching Award and was featured in the Gardner C. Taylor Distinguished Preaching Series.

Dr. Jazz’s life goal and mission are to encourage, equip and empower the world through the written and spoken Word. True to her namesake, “Daughter of Thunder,” Dr. Jazz’s preaching and teaching ministry makes a thunderous sound in the earth and in the minds and hearts of those who come into contact with her ministry.