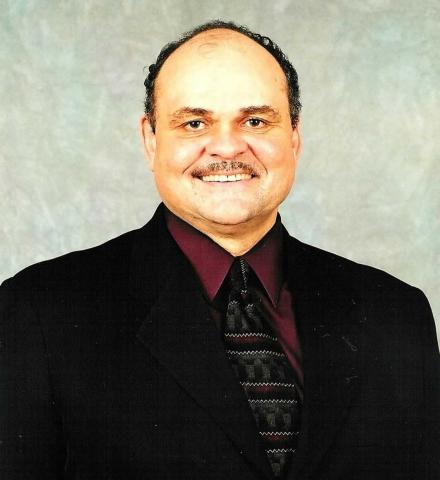 Dr. John W. Kinney is a native of Wheeling, West Virginia. He received undergraduate and graduate degrees from Marshall University, Huntington, West Virginia and Virginia Union University of Theology in Richmond, Virginia, respectively. He was awarded the Ph.D. from Columbia University/Union Theological Seminary in New York.

Dr. Kinney has devoted himself to the pursuit of excellence in theological training and preparation and has distinguished himself as a systematic theologian, academician and administrator in a career that spans some thirty-five years. The School of Theology has been blessed with his unique leadership in several capacities and he has shared in instruction at Chicago Theological Seminary, Chicago, Illinois; Randolph Macon College, Ashland, Virginia; Union Theological Seminary, Richmond, Virginia; and the College of William and Mary, Williamsburg, Virginia.

Dr. Kinney is currently a consultant to the American Baptist Convention, the Progressive National Baptist Convention, the Baptist General Convention of Virginia and both the United States Navy and Army Chaplain Corps. He has been a member of the American Society of Church History, the American Academy of Religion and the Society for the Study of Black Religion. He served as a member on the Commission on Accrediting for the Association of Theological Schools in the United States and Canada from 2000-2006 and chaired the commission from 2004-2006. He has also served as vice president of the Association of Theological Schools from 2006-2008, and in June 2008, he was elected president of this organization that gives direction to all accredited theological schools in North America. Having completed his two year tenure as president, Dr. Kinney now serves as the Chair of the Personnel Committee.

As dean of the School of Theology at Virginia Union University (STVU), Dr. Kinney is known as a giant in theological education. Under his visionary leadership, STVU has given birth to a Doctor of Ministry Program and a Master of Arts in Christian Education Program. The school has experienced unparalleled growth in the Master of Divinity Program and expanded the Continuing Education Program to include activities which serve over 5,000 lay and professional church leaders annually. As a leader, he is esteemed for his thorough training and theological preparation.

Dr. Kinney is nationally known not only as a prolific scholar, but also as a gifted preacher as his service in the academy is complemented by his service in the parish. He has served as the pastor of the Ebenezer Baptist Church, Beaverdam, Virginia for over 30 years, where his vision and spiritual guidance have resulted in a growing ministry within the church and community. Dr. Kinney shares his life, work and ministry with his wife, Quentina. They are the proud parents of three birth children and four foster children who have blessed them with 18 grandchildren.