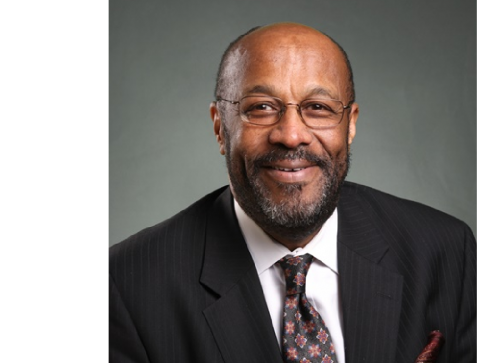 Born in Chicago, Illinois in 1948, Marvin A. McMickle is a 1970 graduate of Aurora University in Aurora Illinois with a B.A. in Philosophy. His alma mater also awarded him the honorary degree of Doctor of Divinity in 1990 as well as the Distinguished Alumnus Award in 2000. He earned a Master of Divinity degree from Union Theological Seminary in New York City in 1973. That school also awarded him the Unitas Award in 2007. He earned a Doctor of Ministry degree from Princeton Theological Seminary in Princeton, NJ in 1983. Princeton later named him a Distinguished Alumnus in the school’s bi-centennial year of 2012. He was awarded the Doctor of Philosophy degree (Ph.D.) from Case Western Reserve University in Cleveland, Ohio in 1998. In 2010 he was awarded the honorary degree of Doctor of Humane Letters by Payne Theological Seminary in Wilberforce, Ohio.

Dr. McMickle served as the 12th President of Colgate Rochester Crozer Divinity School in Rochester, New York from July 1, 2011 to June 30, 2019. Prior to joining CRCDS he was pastor of Antioch Baptist Church in Cleveland, Ohio from 1987 to 2011 and a member of the Board of Trustees of Cleveland State University in Cleveland, Ohio. Dr. McMickle was also the Professor of Homiletics at Ashland Theological Seminary in Ashland, Ohio, from 1996 to 2011. Upon retiring from Ashland, the faculty named him Professor Emeritus. He is the author of 17 books and dozens of articles that regularly appear in professional journals and magazines. His writings also appear in Feasting on the Word and Preaching God’s Transforming Justice two recent preaching commentaries. He is a member of the Martin Luther King, Jr. International Board of Preachers at Morehouse College in Atlanta, Georgia and has also served as a Visiting Professor of Preaching at Yale University Divinity School. Dr. McMickle is currently the Director of the Doctor of Ministry Program and Professor of African American Religious Studies at CRCDS.