Dean of the Chapel and Director of the WISDOM Center
Spelman College
Atlanta, GA 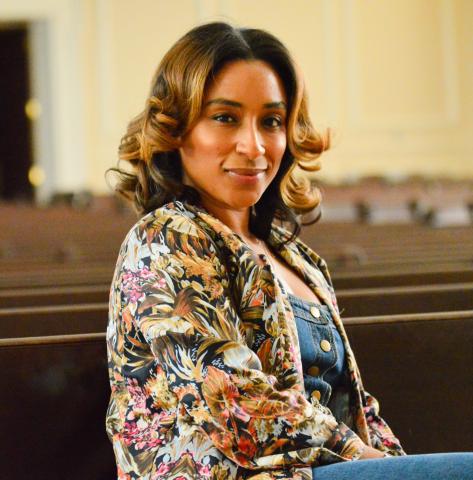 Rev. Dr. Neichelle R. Guidry currently serves as the Dean of the Chapel and the Director of the WISDOM Center at Spelman College in Atlanta, Georgia. She is a spiritual daughter of New Creation Christian Fellowship of San Antonio, Texas, where the Bishop David Michael Copeland and the Rev. Dr. Claudette Anderson Copeland are her pastors and where she was ordained to ministry in 2010. She is a graduate of Clark Atlanta University (2007, BA, Lambda Pi Eta) and Yale Divinity School (2010, M.Div.), where she was the 2010 recipient of the Walcott Prize for Clear and Effective Public and Pulpit Speaking, and the 2019 recipient of the William Sloane Coffin Alumni Award for Peace and Justice. She is also a graduate of Garrett-Evangelical Theological Seminary (2017), where she completed her Doctor of Philosophy in the area of Liturgical Studies with a concentration in Homiletics. Her dissertation is entitled, "Towards a Womanist Homiletical Theology for Subverting Rape Culture." She is the creator and host of Modern Faith, a podcast and digital platform that exists for the spiritual nourishment of Black women everywhere.

She is the creator of shepreaches, a virtual community and professional development organization that aspires to uplift African-American millennial women in ministry through theological reflection, fellowship, and liturgical curation. For six years, she served as the Associate Pastor to Young Adults and the Liaison to Worship and Arts Ministries in the Office of the Senior Pastor at Trinity United Church of Christ on the South side of Chicago, where the Rev. Dr. Otis Moss, III is the Senior Pastor. She served as the 2016 Preacher/Pastor-In-Residence at the Black Theology and Leadership Institute at Princeton Theological Seminary. She was listed as one of “12 New Faces of Black Leadership” in TIME Magazine (January 2015). She was recognized for “quickly becoming one of her generation’s most powerful female faith leaders” on Ebony Magazine’s 2015 Power 100 list (December 2015), one of the “Top Five Young Preachers in America” by ROHO (June 2016), and one of “Ten Women of Faith Leading the Charge Ahead” by Sojourners (March 2017). Additionally, Rev. Dr. Neichelle and the work of shepreaches were featured in the New York Times (April 3, 2015). She is a contributor to What Would Jesus Ask?: Christian Leaders Reflect on His Questions of Faith (Time Books, 2015), and the author of Curating a World: Sermonic Words from a Young Woman Who Preaches (self-published, June 2016). She is a proud member of Delta Sigma Theta Sorority, Incorporated.