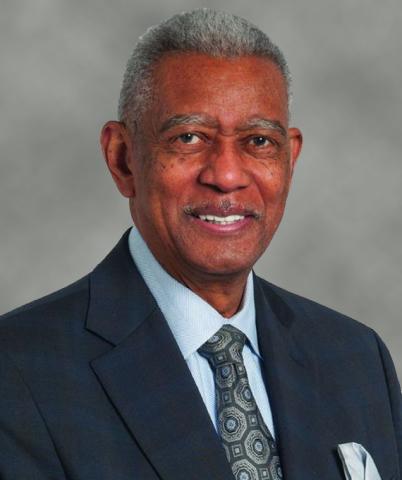 Reverend Moss has been actively involved in advocating for the achievement of education, civil and human rights and social justice issues for the majority of his adult life. His board memberships have included the Cleveland Museum of Art and the Cleveland Foundation. Dr. Moss served as president of the Morehouse College Board of Directors for over eleven years. He served as board member and regional director of the Southern Christian Leadership Conference (SCLC) during Dr. King’s tenure as founding president. He also served as national board member and trustee of the Martin Luther King, Jr. Center for Nonviolent Social Change.

His work in the international community has taken him to Hong Kong, Brazil, Taiwan, Japan, West Africa, South Africa and Israel. He served as an advisor to former President Carter at Camp David, and in 1994 he was the guest of former president Clinton at the Peace Treaty signing between Israel and Jordan. He presently serves on President Obama’s White House Office of Faith-Based and Neighborhood Partnership Council.

Reverend Moss is the recipient of numerous awards, including the Role Model of the Year Award from the National Institute for Responsible Fatherhood and Family Development in 1992 and the Leadership Award from the Cleveland chapter of the American Jewish Committee in 1996. He was inducted into the 2007 Class of the International Civil Rights Walk of Fame. In 2004, Dr. Moss was bestowed the unique honor of the Lyman Beecher Lectureship on Preaching from Yale University. He also holds six honorary degrees from colleges and universities in Ohio, Georgia, and Arkansas. Morehouse College named a set of dormitory suites in honor of Dr. Moss.

His service to Ohio and the United States has been recognized by Governors of Ohio, the Ohio House of Representatives, Ebony Magazine, the Cleveland Press, the Call and Post, the Cleveland Plain Dealer, the Black Professional Association of Cleveland, the American Red Cross of Greater Cleveland, Project Love: Remember the Children Foundation, The Cleveland Jewish Committee and Alpha Kappa Alpha Sorority, Inc.

Dr. Moss is a life member of the National Association for the Advancement of Colored People (NAACP) and Alpha Phi Alpha Fraternity, Inc., and is a member of Sigma Pi Phi Fraternity, to name a few. He has appeared on the Oprah Winfrey Show to discuss “Current Trends in Religion.” In 1997, in conjunction with University Hospitals Health System, Dr. Moss helped to establish the Otis Moss, Jr. – University Hospitals Health Center that offers a wide range of primary and specialty care medical services.
Reverend Moss is married to Mrs. Edwina Hudson Moss and is the father of Kevin Moss, Daphne Moss (deceased) and Otis Moss, III. Together they are the proud grandparents of five grandchildren and one great- granddaughter.