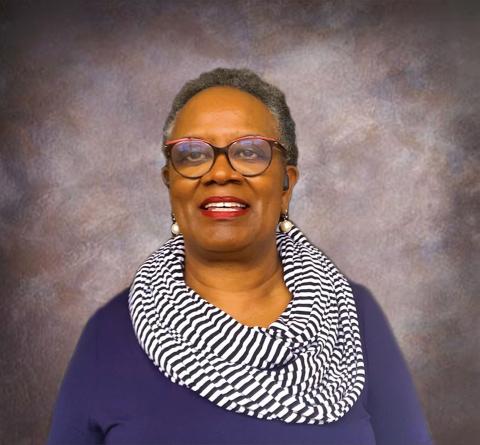 Dr. Renita J. Weems is a biblical scholar, an academic administrator, a writer, an ordained minister, and a public intellectual, whose scholarly insights into modern faith, biblical texts, and the role of spirituality in everyday lives make her a highly sought-after writer and speaker.

Dr. Weems is the author of several widely-acclaimed books on women’s spirituality and wholeness: “Just A Sister Away” (1987 & 2005), “I Asked for Intimacy” (1993), “Showing Mary: How Women Can Share Prayers, Wisdom, and the Blessings of God” (2003), and “What Matters Most: Ten Passionate Lessons from the Song of Solomon” (2004). She has served as a guest speaker for numerous national gatherings of religious, civic, and sorority organizations, local churches, community-wide events, and radio and television programs.

Ordained an elder in the AME Church since 1984, Dr. Weems has written about the waxing and waning of faith all believers endure on the spiritual journey. Her 1999 book, “Listening for God: A Minister’s Journey through Silence and Doubt” (Simon & Schuster), won the Religious Communicators’ Council’s prestigious 1999 Wilbur Award for “excellence in communicating spiritual values to the secular media.” As a scholar she has numerous books, commentaries and articles on the bible and prophetic religion to her credit. In 2008, Yale University invited Dr. Weems to give the prestigious Lyman Beecher Lecture, making her the first African American woman to do so.

Dr. Weems, formerly a member of the faculty of Vanderbilt University and former William & Camille Cosby Visiting Professor at Spelman College, is a much sought after speaker and preacher. She currently serves as Vice President of Academic Affairs at American Baptist College (Nashville, TN).

Dr. Weems earned her undergraduate degree from Wellesley College in Wellesley, MA, and her Master and Ph.D. degrees from Princeton Theological Seminary in Princeton, NJ. Her graduation in 1989 with a Ph.D. in Old Testament studies from Princeton made her the first African American woman to earn a Ph.D. in Old Testament. In the 2008 publication of the book, “Black Stars: African American Religious Leaders,” a collection of biographies of some of the most important Black Religious Leaders over the last 200 hundred years, Dr. Weems is featured among such impressive figures as Adam Clayton Powell, Elijah Muhammad, Sojourner Truth, Howard Thurman, and Dr. Martin Luther King, Jr.