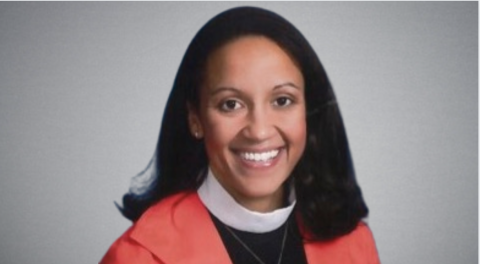 The Rev. Maria A. Kane, Ph.D., currently serves as rector of St. Paul’s Episcopal Church in Waldorf, Maryland.  A proud Texas native, Dr. Kane earned a Bachelor of Arts in history and classics (Phi Beta Kappa) from Howard University in 2003 and a Master of Divinity from Duke University in 2006. In 2015, she completed her Ph.D. in history at The College of William and Mary. Dr. Kane's dissertation, “Pretty Girls and Fascinating Boys,” is a historical and ethnographic analysis on the intersection of race, nationalism, and sexuality in the spiritual lives of evangelical teens in the late twentieth century and how such intersections shaped their political, sexual, and religious selves into adulthood.

Prior to her call at St. Paul’s, Dr. Kane served as a parish priest in Williamsburg, Virginia, and as a chaplain at New England boarding school. As a historian and priest, Dr. Kane’s primary call is to curate spaces for people to  encounter the holy amidst the ordinary and to strengthen and empower people in the art of historical truth-telling. Dr. Kane has written for Weavings, Alive Now, the Upper Room, and Grow Christians, and has served as a contributor to several collections of essays and devotions.