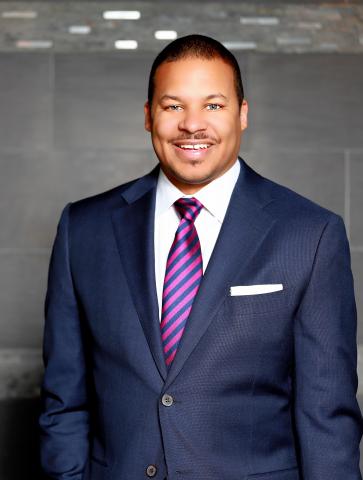 The Reverend Matthew Lawrence Watley is the Founder and Senior Pastor of Kingdom Fellowship AME Church headquartered in Silver Spring, MD. The church was established out of Reid Temple AME Church, where he served as Executive Minister for 20 years. Kingdom Fellowship began with more than 5000 members with Rev. Watley preaching three services each weekend. In addition to the thousands that attend worship in-person, thousands more stream through the church’s app, Facebook live portal, and website www.kingdom.global.

Under Pastor Watley’s leadership, the church completed several business transactions, including the acquisition and development of a 125,000 square foot office tower where it leases space to the U.S. Food and Drug Administration and other businesses producing an alternative revenue stream to support the work of the ministry. The church also owns a 12-acre office park in Calverton, MD, where currently, a state-of- the-art worship center is being designed and developed to replace its Silver Spring location. The Calverton site includes an additional office tower that is being redeveloped for ministry, community, and commercial use.

Additionally, Rev. Watley is Chair of The Black Idea Coalition whose mission is to fulfill the promise of diversity and inclusion by empowering organizations and institutions to achieve Black parity in employment, investment, and contracting.

A third-generation preacher, author, businessman, lecturer, and professor, Pastor Watley is nationally and globally recognized for his extensive work in ministry and his experience in leadership development. He served on a Special Commission sponsored by the Ford Foundation to evaluate Non-Governmental Organizations in the Republic of South Africa. Pastor Watley also served on the General Board of the AME Church and the Board of Trustees of Howard University as a graduate student. Rev. Watley has spoken for Ch2Mhill, Prudential, Industrial Bank, The American Institute of CPAs, the U.S. Department of Transportation, the Conference of Minority Transportation Officials, and the National Society of Black Engineers to name a few. He also has served as an adjunct professor at Georgetown University. He has lectured at other institutions of higher learning, including Howard University, Alabama State University, Wilberforce University, Cornell University, Wesley Theological Seminary, and Wiley College.

Pastor Watley is the author of Ignite, 50 Days of Prayer that Will Change Your Life and co-author of Poems of a Son, Prayers of a Father with the Rev. Dr. William D. Watley. His writings have also been included in James Washington’s Conversations with God; Beyond the Frontier by E. Ethelbert Miller and Mr. President – Interfaith Perspectives on the Historic Presidency of Barack H. Obama by Darryl Sims.

Rev. Watley holds a B.A. in Political Science and a Master of Divinity from Howard University in Washington, D.C, where he also served as a Graduate Assistant at the historic Andrew Rankin Memorial Chapel. Rev. Watley earned an Executive Master’s in leadership from the Georgetown University, McDonough School of Business in 2009. In the summer of 2015, he received a Master of Arts in Education and Human Development from The George Washington University. Rev. Watley is presently a candidate for a Doctorate in Ministry from Fuller Theological Seminary in Pasadena, CA.

Rev. Watley is married to the former Ms. Shawna Francis, Senior Policy Advisor, in the Government Group of Holland and Knight. They are the proud parents of the beautiful and talented Miss Alexandra Elizabeth. The Watleys are committed to the arts with Lady Shawna serving on the Board of Trustees of Arena Stage and having been a producer of “Colored My Mind,” which won the Independent Film Award at the Cannes Film Festival. Rev. Watley served as a script consultant for the T.V. One Movie “For the Love of Ruth,” and together, they were producers of the Tony-nominated Broadway play “StickFly.” In addition to being lifelong tithers, they are honored to support The National Museum of African American History and Culture as members of the 2015 Society, The King Memorial, and of course, their beloved alma mater Howard University.

Along his journey, Rev. Watley has received numerous ecclesiastical, academic, and civic awards. Concerning these and other accomplishments, he submits that the challenge of servant-leadership is not to win acclaim or to amass honor, “but to do justice, to love mercy, and to walk humbly with God.” Micah 6:8.