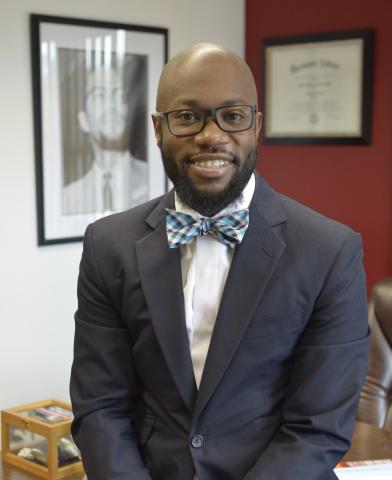 Called to empower people through transformative preaching, teaching, and organizing, Willie Dwayne Francois III serves as the Senior Pastor of Mount Zion Baptist Church of Pleasantville, NJ and President of the Black Church Center for Justice and Equality. He is a 2009 Phi Beta Kappa graduate of Morehouse College with a Bachelor of Arts in History and Religion, named the ranking scholar in both departments. While at Morehouse, he was named the 2009 Martin Luther King Jr. Scholar. Francois received the Master of Divinity from Harvard University's Divinity School, where he received the Hopkins Shareholders Award—the school's highest academic recognition—and served as the class of 2012 commencement speaker. In 2020, Francois earned the Doctor of Ministry degree from Emory University, where his research met at intersection of antiracism, theology and anti-incarceration policy advocacy.

From 2013 to 2015, Francois served as the Associate Pastor of First Corinthian Baptist Church (FCBC) in Harlem, New York, where Pastor Michael A. Walrond, Jr. is the pastor. Prior to joining the FCBC team, he served as the Minister of Christian Education and Discipleship at Wheeler Avenue Baptist Church in Houston, Texas, under his pastor, Rev. Dr. Marcus D. Cosby. Francois was licensed and ordained at the First Union Baptist Church of Galveston, Texas.

Francois lives at the intersection of the life of the spirit and the life of the mind. His upcoming book with Brazos Press to be released August 16, 2022, Silencing White Noise: Six Practices to Overcome our Inaction on Race, draws on said work as a community organizer and antiracism educator. He is the co-author of Christian Minister’s Manual: For the Pulpit and the Public Square for All Denomination—the most progressive and comprehensive clergy resource and the first interdenominational manual written for Black clergy in 56 years. He has written for The Huffington Post, Religion Dispatches, Civil Eats, The Hill and The Christian Century concerning a range of matters pivoting around race, class, and religion in America. In 2017, Francois was inducted into the Martin Luther King, Jr. Board of Preachers at Morehouse College.

Francois gives oversight to the Master of Professional Studies Program, which operates at Sing Sing Prison, and is Assistant Professor of Liberation Theology at New York Theological Seminary. Likewise, he holds adjunct positions in the African American Studies program at the University of Houston and at Samuel DeWitt Proctor School of Theology at Virginia Union University respectively. He also serves as a visiting professor at Memphis Theological Seminary. In addition to publishing various articles and sermons, Francois previously served as a member of the Young Preachers' Leadership Team of the Academy of Preachers, the director of the Young Ministers' Corner of the African American Lectionary, and a Civil Rights Scholar for the imaging of the King Paper collection through the Martin Luther King Jr. Center for Nonviolent Social Change (in Atlanta).

Francois’ pastoral activism is organized around racial equity, economic justice and radical criminal justice and education reforms. Nationally, as an antiracism curricula developer and educator, he has worked with Latinx, Black, Asian, and White Christian congregations looking to combat racism and frame their public faith with progressive advocacy. He serves as the co-chair for the national Social Action Commission of the Progressive National Baptist Convention, Inc. (PNBC), the denominational home of Martin Luther King Jr. Through the Bill Lucy Fellowship, Francois represented the Samuel DeWitt Proctor Conference in a global conversation on mass incarceration at the Transatlantic Roundtable on Religion and Race at the University of London-Birkbeck in London, England. He currently serves on the board of

Francois attributes his love of life and dedication to doing the so-called impossible to his close-knit family. He is a proud member of Kappa Alpha Psi Fraternity, Incorporated.