Dean of the School of Divinity
Howard University
Washington, DC 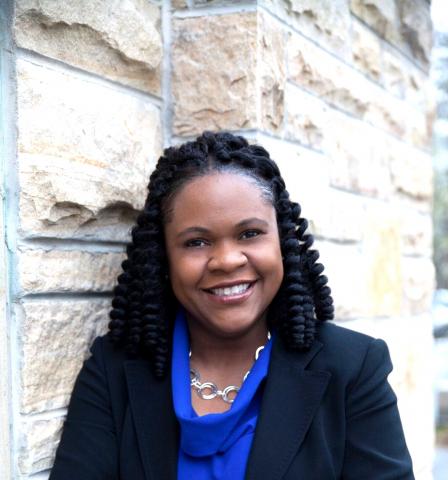 Dr. Yolanda Pierce is Professor and Dean of the Howard University School of Divinity in

Washington, DC. She is the first woman to be appointed as Dean in the Divinity School’s 150-year

history. In 2016, Pierce served as the Founding Director of the Center for African American

(NMAAHC). Previously, she served as the Director of the Center for Black Church Studies and

Associate Professor of Religion and Literature at Princeton Theological Seminary for 9 years. Pierce

holds a Ph.D. and two M.A. degrees from Cornell University and undergraduate degrees from

African American religious tradition. She has written over 50 critical essays and articles in academic

and trade journals which consider the relationship between religious faith, race, and gender in the

American context. You can find her work in a wide variety of publications, including: Time

she is the creator and curator of “Touching the Sacred,” a recent exhibit on material religion and the

Black Church. She is a member of various professional organizations, including the Modern

Pierce has been the recipient of numerous honors and awards, including fellowships from the Ford

selected as one of The Root 100 Most Influential African Americans.

In addition to her teaching and academic scholarship, Yolanda Pierce is an ordained Christian

news commentator. She maintains a public intellectual presence through her blogs and frequent

appearances on television and radio. She believes that teaching and scholarship are meaningful only

if they truly enhance people’s daily lives, and so she works tirelessly to bridge the gaps between

pulpit, pew, and academy. Pierce is a native New Yorker and a member of Alpha Kappa Alpha

Sorority, Inc. She was raised in the Church of God in Christ and still maintains a close connection to