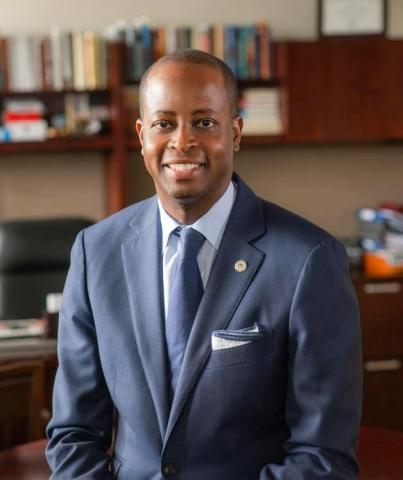 Wayne A. I. Frederick, M.D., MBA, the 17th President of Howard University, is a scholar, surgeon, and researcher. The focal point of his research is to narrow the disparity in cancer-care outcomes between African-Americans and the larger population, particularly in the area of breast cancer. Dr. Frederick is most grateful that his matriculation, as a triple alumnus of Howard, allowed him to commit himself to the mission of Howard University.

Dr. Frederick has received a multitude of awards and accolades highlighting his successes and dedication to diversifying the fields of medicine, higher education, and service. Some of which include the National Association of Health Services Executives’, Congressional Citation for Distinguished Service, being named the 2015 Male President of the Year by HBCUDigest, and the 2014 Howard University Bison Pride Award. In 2013, Dr. Frederick was named “Super Doctor” by The Washington Post Magazine.