The Andrew Rankin Memorial Chapel helps to support many activities from different faith traditions. Below are a few of those celebrations. 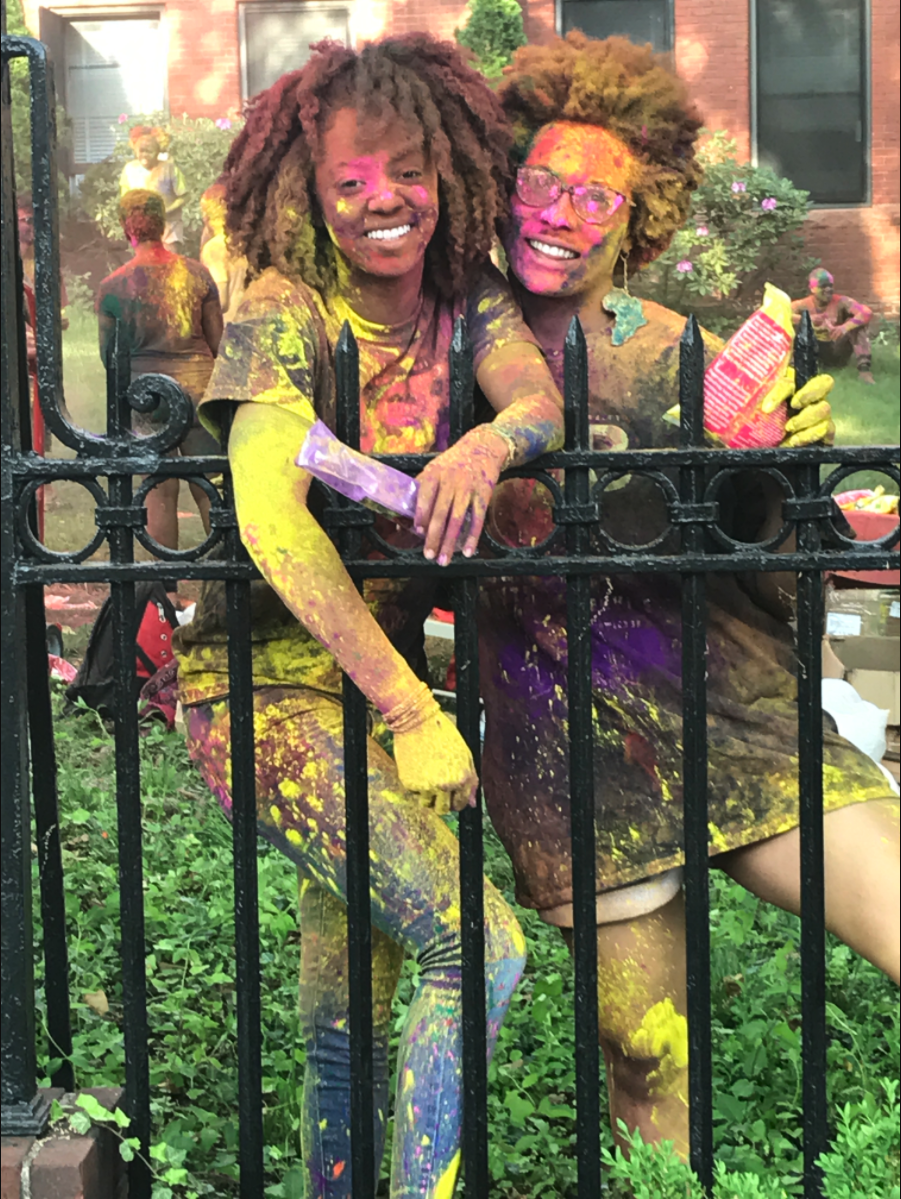 Holi is an ancient Hindu festival, that originated in the Indian subcontinent. It is celebrated predominantly in India and Nepal, but has also spread to other parts of the world. Known as the Indian "festival of spring", or "festival of love" the festival signifies the arrival of spring, the end of winter, the blossoming of love, and for many a day to meet others, play and laugh, forget and forgive, and repair broken relationships.

Known as the “Festival of Lights,” Diwali is a major festival that symbolizes the triumph of good over evil. Celebrated by Hindus, Sikhs and Jains, Diwali is a shortened version of the Sanskrit word Deepavali, which roughly translates as “a necklace of lights.” Diwali is commemorated with the lighting of lamps throughout the home, prayers, festive fireworks, flowers, sharing sweets, special worship services, and greeting for a prosperous new year. 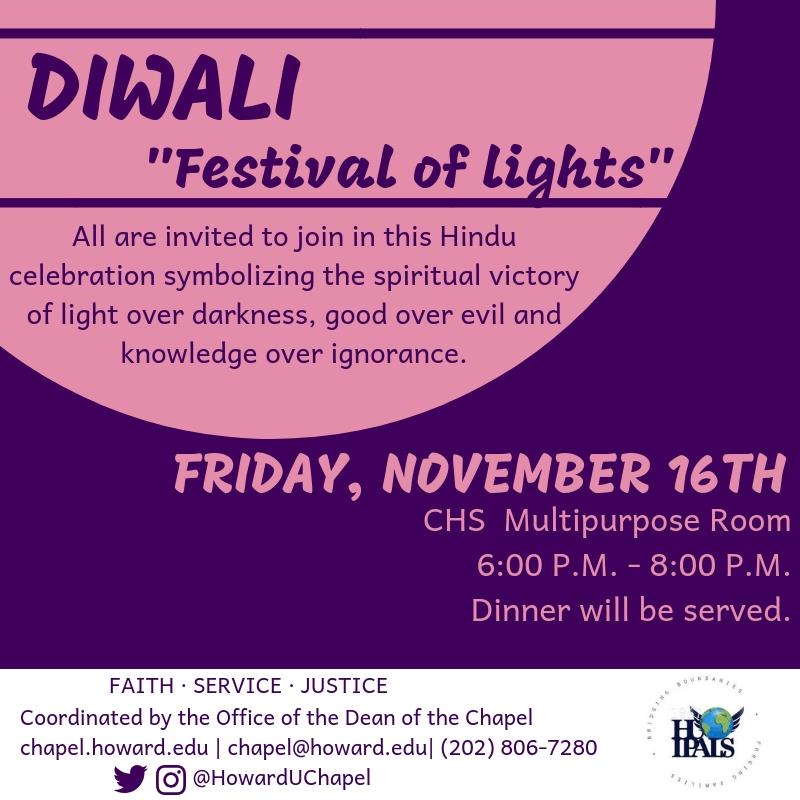 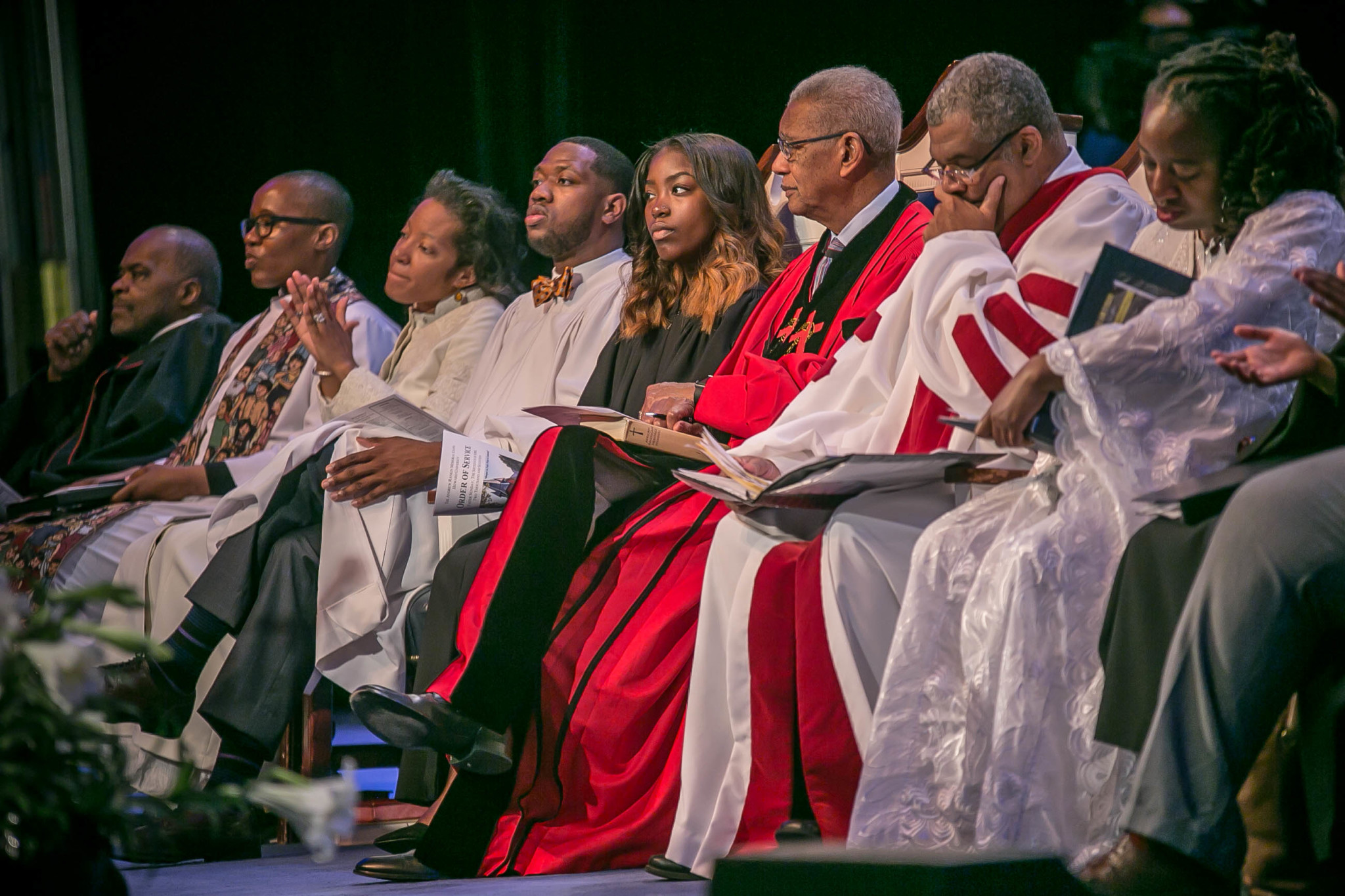 Lent is a time when many Christians prepare for Easter (Resurrection Sunday) with a 40-day observation of fasting, repentance, moderation and spiritual discipline. During Ash Wednesday services, ministers will lightly rub the sign of the cross with ashes onto the foreheads of worshipers. It is traditional to save the palm branches from the previous Palm Sunday to burn and produce ashes for Ash Wednesday.

Maundy Thursday, in the Christian tradition is the first of the three days of solemn remembrance of the events leading up to and immediately following the crucifixion of Jesus. As recorded in John's gospel, on his last night before his betrayal and arrest, Jesus washed the feet of his disciples and instituted Holy Communion.

Good Friday, in the Christian tradition, is the Friday before Easter on which the crucifixion of Jesus the Christ is remembered. Traditionally, services include recitations of the Seven Last Words of Christ from the Cross. 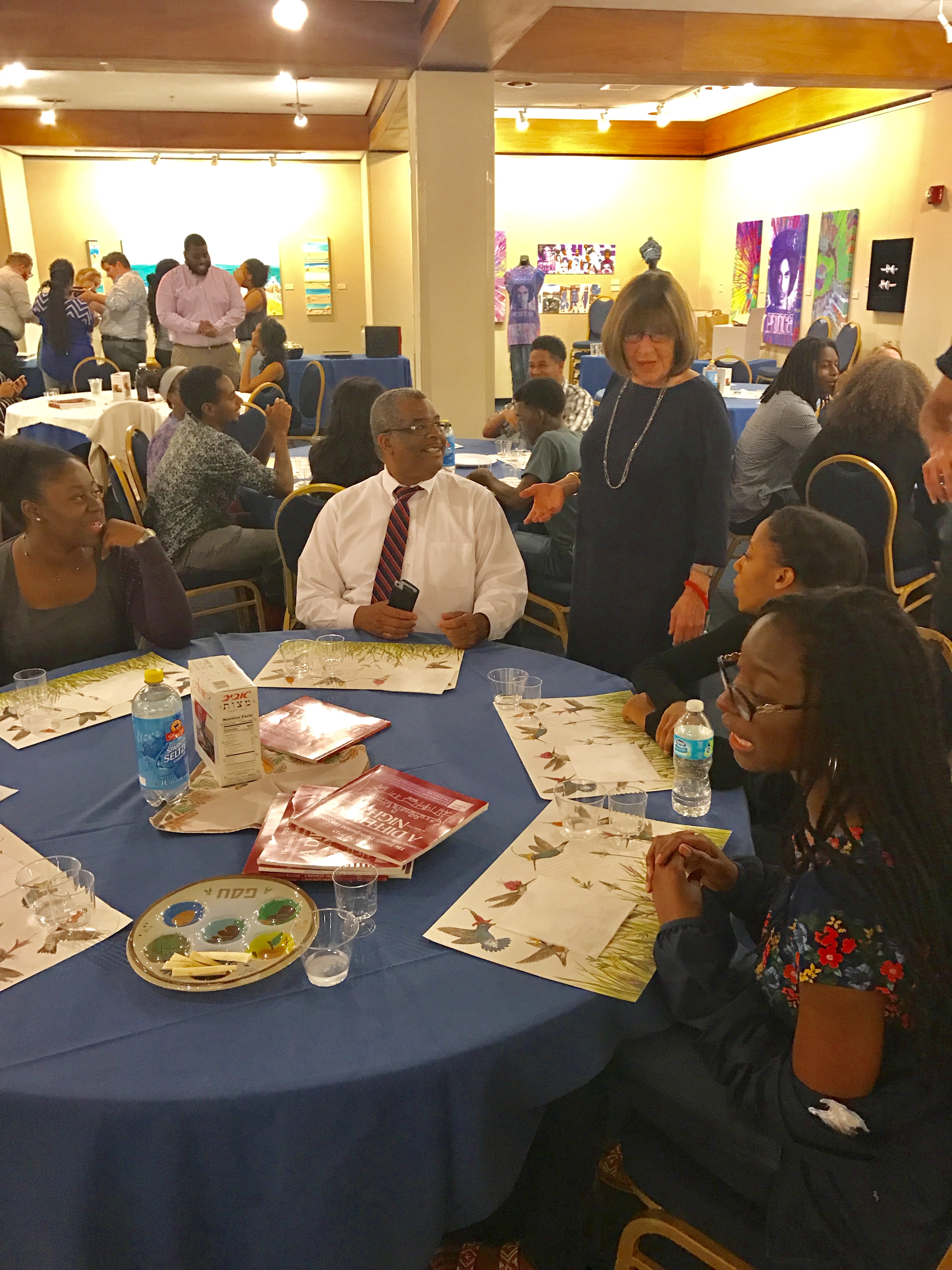 Passover, in the Jewish tradition, is an eight-day festival that commemorates the emancipation of the Israelites from slavery in ancient Egypt. It is observed by avoiding leaven and highlighted by the Seder meals that include four cups of wine, eating matza and bitter herbs, and retelling the story of the Exodus. 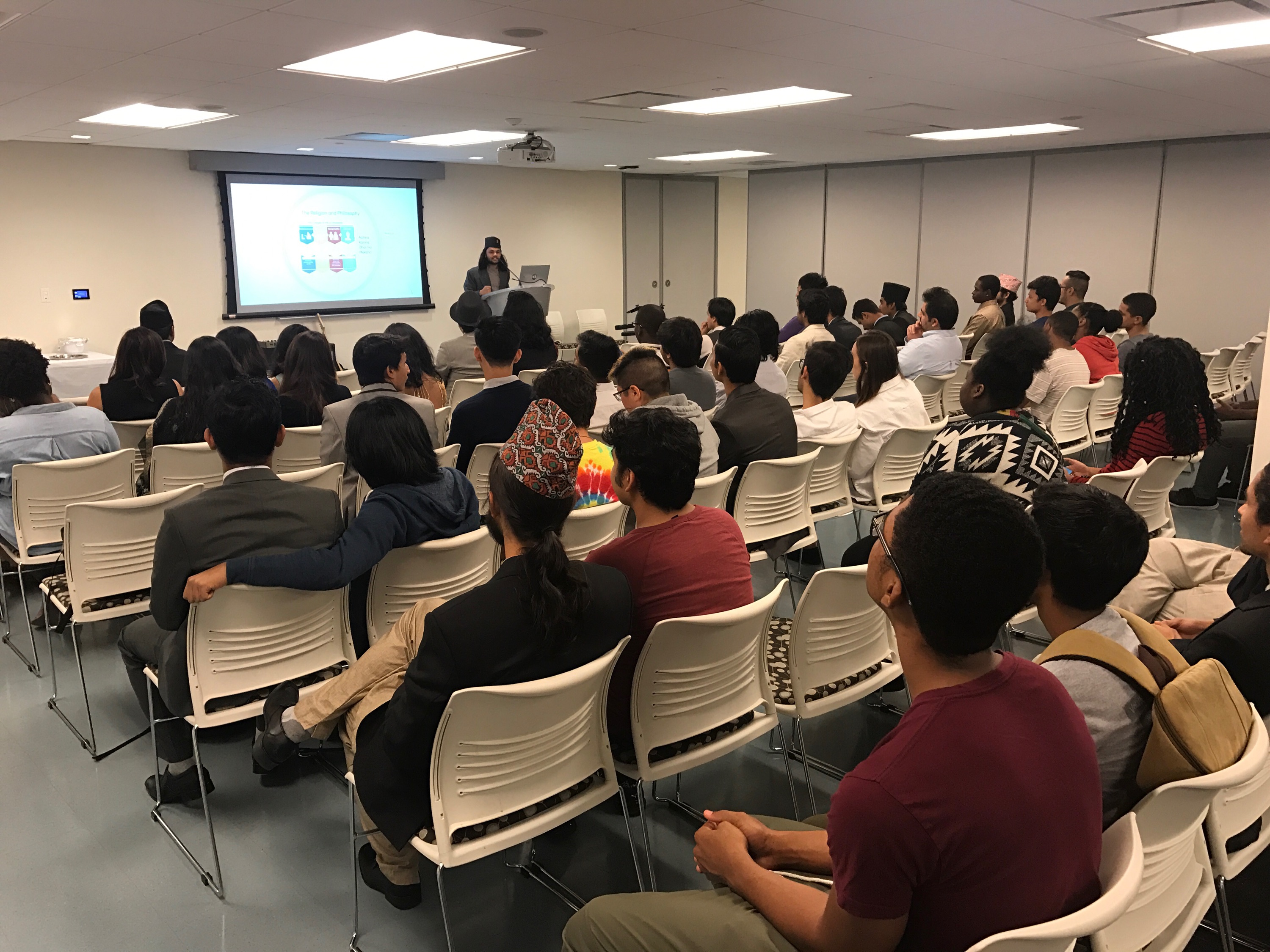 Dashain is the longest and most celebrated festival in Nepal. It is a time when Nepali people journey home from near and far to see their families and to celebrate. Most Nepali celebrate Dashain for a period of 15 days in recognition of the victory of good over evil. It symbolizes that good always triumphs over evil. 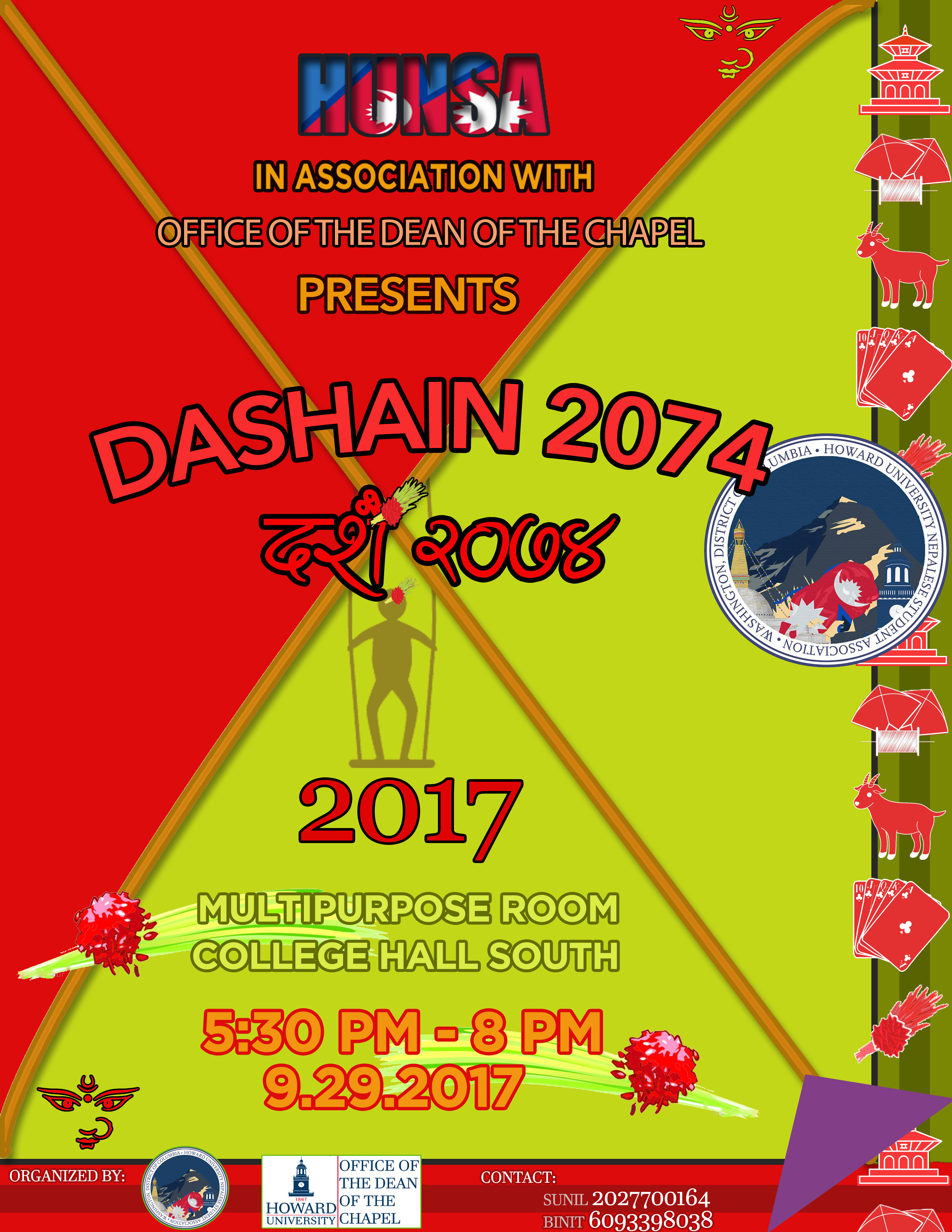 One of the Five Pillars of Islam and observed worldwide, Ramadan is a period of fasting to commemorate the first revelation of the Quran to Muhammad according to Islamic belief that takes place during the ninth month of the Islamic calendar.  This annual observance is celebrated on campus with evening iftars( a meal to break the fast)